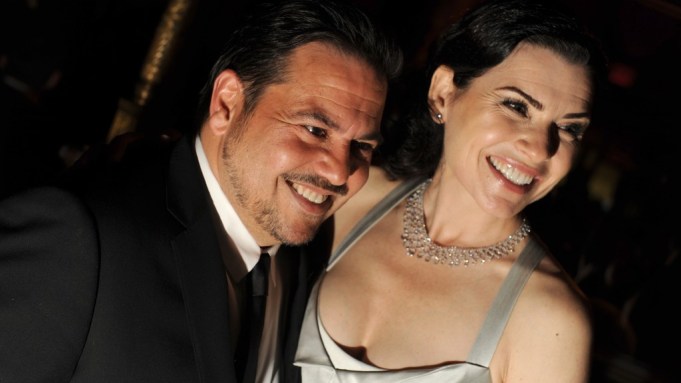 NIGHT AT EL MUSEO: The annual El Museo del Barrio gala in Manhattan on Thursday night marked what some guests referred to as “the end of gala season,” and seemed to have been organized with that particular fatigue in mind. Everything important was at the beginning. The three awards — for the arts, trustee leadership and corporate excellence — were given within 40-odd minutes before the dinner was served. Guests had gravitated toward vibrantly colored ensembles for the party and gingerly avoided stepping on one another’s trains while navigating Cipriani 42nd Street.

Cindy Sherman, Bibhu Mohapatra and Carlos Mota were on hand, and Marc Anthony was rumored to make an appearance. Julianna Margulies presented the award for Excellence in the Arts to Narciso Rodriguez, whom she described as “the only designer to win two consecutive CFDA awards for women’s wear and the first fashion designer to be honored by El Museo, and my dear, dear friend for the past 18 years.”

Earlier, Margulies recalled being on the set of the TV series “E.R.,” and calling Rodriguez for a last-minute ensemble. “I’d get this slip of red fabric and think, ‘Oh, god, it’s never going to fit, it’s going to need so much work and there’s no time,’ and then I’d put it on and it wouldn’t need a single alteration.” Margulies paused for effect. “Not even the hem. He understands how to cut for a woman’s body, how to make her feel beautiful, elegant…but with simplicity.”