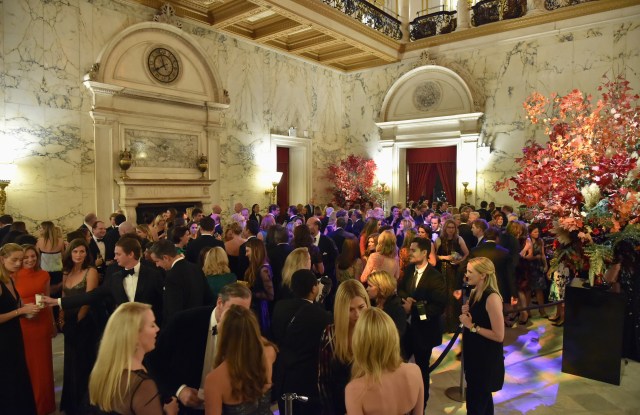 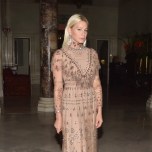 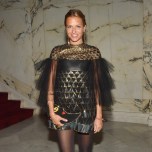 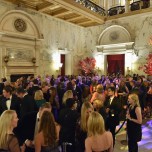 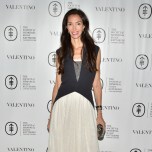 “It’s a wake up call to all of us, to be more responsible socially and active in what we believe in,” said Jennifer Fisher on Wednesday evening from the lobby of the Metropolitan Club. The city — not to mention most of the fashion industry — was very much reeling from the previous night’s election results, but the show carried on for Valentino and the Society of Memorial Sloan Kettering’s annual fall dinner, benefiting pediatric cancer research. That’s not to say that the political outcome was not on everyone’s minds — far from it.

As the dinner bell rang, several place cards remained unclaimed on the tables, as it appeared a few guests were home processing the election results, or were deterred by the protests outside Trump Tower only a few blocks over. The event had sold out, though, meaning that money had already been raised for the work MSK does. Guests including Tabitha Simmons, Wes Gordon, Olivia Chantecaille, Chelsea Leyland, Kate Foley, Amory McAndrew and more turned out for the cause.

Fisher pent election night watching with her kids. “It was really hard, but as a parent, you have a responsibility to your child to make them feel safe and to not instill them with fear of the unknown,” she said. “So my husband and I really made sure that we were there to talk to them and made sure that they felt OK — because when they went to bed it was very early and it was still very much unknown. And when we woke up this morning the first question out of their mouths was ‘Who won?’ And when I said Trump, my son’s face…but then I felt that I had the responsibility to them to make them feel everything is going to be OK, when you yourself don’t even know.”

Earlier in the evening, her kids had come home from school assigned to write a letter to president-elect Trump on what they’d like him to do as president — and what not to do. “One of my kids goes to a very progressive public school downtown, and one goes to a very conservative school uptown, and they came home with similar pieces of homework which was really interesting,” she said. “I think most kids are asking the same question today: ‘What’s going to happen?’ What’s amazing is how resilient children are — and we all are.”

Charlotte Ronson said she wavered about attending but was happy to be supporting the cause. “Well, it wasn’t a toss-up in some ways as I’d already committed, but I sort of wished I could stay home — my sister was heavily involved with the Hillary campaign, so yeah,” she said. “It’s just crazy and it’s hard to put to words. I watched at home with my boyfriend and then a friend was going to come over, but it was too stressful for her to leave her house. It was hard to watch.”

Lavinia Branca Snyder, president of the society, offered words of uplift and positivity when surveying the room, following a live auction and dinner. “I couldn’t be more thankful — what an extraordinary country that we’re part of,” she said. “Having the election last night, and realizing that the cross-currents of this country seems to head…but at the end, this is the American spirit, the extraordinary generosity of its people, of its ladies. It really is a shining example to the rest of the world. And this young generation, they really know how to do it with an extraordinary sense of grace.”