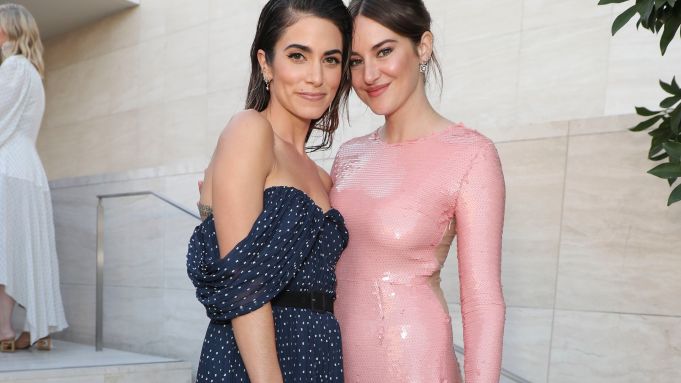 A green carpet, plant-based fare, conscious fashion, and VIPs filled Milk Studios on Saturday evening to celebrate the environmental leadership of women across the globe as Elle magazine and Conservation International hosted their “Women On a Mission” gala in the heart of Hollywood on World Oceans Day.

Many, if not all, of the evening’s guests — who included Shailene Woodley, Lana Condor, Nikki Reed and Maye Musk — alongside her filmmaker daughter Tosca — have spoken out about climate change. “Nights like tonight are very important because there’s no secret that the media plays an important role in the continual dialogue of things that need to be highlighted,” said Reed. “We live in a time right now where information is so easy to relay. If you feel passionate about something, now is such a great time to talk about whatever you’re passionate about.”

Actress Ashleigh Cummings expressed how her travels have helped influence her thoughts on climate change. “Climate change does disproportionately affect marginalized communities, and it’s so easy in the Western world to turn a blind eye. I’ve been able to meet the people who do suffer the consequences of the really easy choices that we make,” she said. “On the other hand, I’ve seen the natural wonders of the world and have grown a real appreciation for that, and to see it in the process of degradation due to human activity is really disheartening.”

“The uncomfortable thing is learning what none of us want to admit, which is that we’re all a part of the problem,” said Woodley. “You can’t care about nature if you can’t care about your neighbor. If you can’t find compassion for those around you, or yourself, you can’t find compassion for the oceans. Pay attention to your emotions and how you’re connecting with others and then apply that to the environment.”

Elle editor in chief Nina Garcia shared more about the magazine’s collaboration with Conservation International. “We wanted to partner with an organization that would give us the biggest impact in terms of communicating what our message is,” she said. “We wanted a partner to help us communicate the message that we are all here to save the planet.”

Earlier this week the magazine unveiled its July Conservation Issue with four separate covers featuring Naomi Campbell, Gisele Bündchen, Anja Rubik and Doutzen Kroes. All four models work in favor of protecting the planet and the environment through different efforts. The issue also highlights 27 women who are role models in sustainability whose backgrounds range from science to politics and art, to name a few. “In terms of the covers, we wanted to focus on women in fashion that have the platform and passion for particular projects,” Garcia said. Thanks to HP, which was one of the event’s sponsors, the issue is also Elle’s first sustainably printed edition.

Jennifer Morris, president of Conservation International, elaborated on how women are disproportionately affected by climate change. “Women, especially in developing countries, are directly impacted first,” she said. Climate change makes it more difficult for these women to feed their families through agriculture, gathering firewood or water, etc. “It’s directly impacting their ability to do other activities such as studying or having a job because they’re spending so much of their time on basic needs.”

The second Sustainability Leadership Award was presented to celebrate the work of West Papua, Indonesia, which recently named itself the country’s first Conservation Province. “It means that at least 70 percent of the land there will be protected into the future,” said Dr. M. Sanjayan, chief executive officer of Conservation International. West Papua’s Gov. Dominggus Mandacan accepted the award alongside Meity Mongdong, director of Conservation International’s Bird’s Head Seascape.

Woodley closed out the evening, highlighting that the conversation surrounding sustainability often involves intersectionality. “We cannot talk about preserving this Earth and taking care of her without talking about the injustices toward women, the injustices toward mental health, the injustices toward different communities of color, different ethnicities, and different religions,” the actress said. “In 10 years when our kids and grandkids look at us and say ‘What did you do? Where were you?’ I want us to all be able to say ‘I was there’ and I’m still here.”