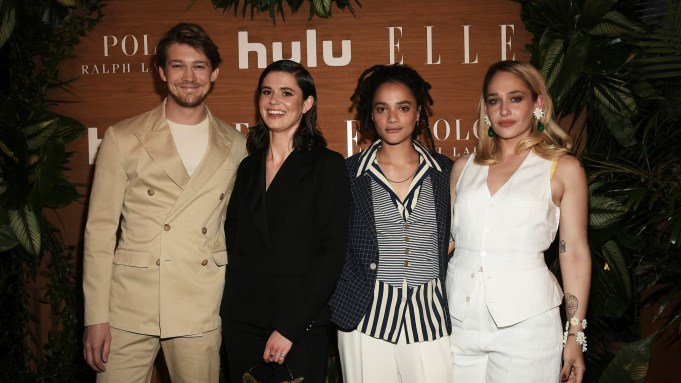 The event was held at Ardor, the restaurant at The West Hollywood Edition hotel on Sunset Boulevard. Champagne flowed inside the lush, plant-filled eatery as Bec Adams spun behind the DJ booth. The cocktail party brought out rising actors and music artists such as Demi Singleton of “King Richard;” Sophie Thatcher of “Yellowjackets”; singer-songwriter Phoebe Bridgers; dancer and actress Maddie Ziegler, and Taylor John Smith, next seen in Sony Pictures’ anticipated film “Where the Crawdads Sing” opposite breakout actress Daisy Edgar-Jones (of “Normal People”).

Sponsored by Polo Ralph Lauren (and Hulu), the American fashion brand dressed the honorees, as well as Singleton, Thatcher, Ziegler and Smith, along with actresses Auli’i Cravalho, Ava Michelle, Xochitl Gomez, Thuso Mbedu and Pauline Chalamet (sister of Timothée Chalamet), who made her film debut in Judd Apatow’s comedy “The King of Staten Island.”

Above, scroll through the photo gallery for a look inside the party.