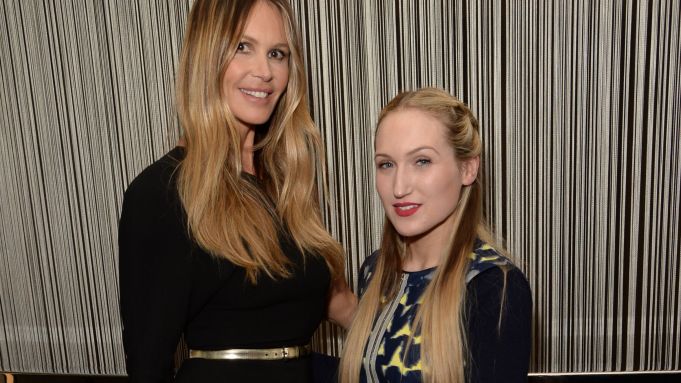 Dressed in a Marcus Lupfer dress and mules from her fall 2016 collection, winner Sophia Webster said she aims to use the prize money to expand her studio space in East London. She will receive 200,000 pounds, or $285,000 at current exchange, to invest in the business, and will also get 12 months of mentoring.

“We originally started off in our office space with three members of staff but now we are over thirty,” said Webster. “We really need to get a new office, that’s our priority. When you are growing a business, sometimes having a bit of extra cash helps with decisions. Some things we have waited to do we might be in the position to do right now,” she told WWD.

The accessories designer recently announced plans to open her first store and launch a line of handbags. Webster’s boutique is set to open on Mount Street next month, while her handbag range will land at stores including Selfridges and Saks Fifth Avenue later this month.

Model and entrepreneur Elle Macpherson championed the BFC initiative. “It’s a really cutthroat business. We need help. We, as other designers, wouldn’t be exposed to it if we didn’t have something like the British Fashion Council. We wouldn’t be able to sustain ourselves. It’s great and good for us.”

The Australian mother of two was in London to talk to the British press about her elixir and wellness project. She is also at work on a fashion brand that will launch later this year. “It’s in a field that I am known for,” said Macpherson. “It’s dynamic, and it’s a fresh approach to an existing business.”

“I’ve been focusing on these two businesses,” she said, referring to her protein powder and the fashion project. “I’m learning the business from different perspectives.”

The event took place hours after the terrorist bombings in Brussels, which killed more than 30 and injured hundreds. Lowe recalled the bomb attacks in London, which took place in 2005. “It’s just so heartbreaking. It still feels like it wasn’t so long ago that we had the 7/7 bombing. I took the Tube today and everyone is on edge. To live in fear is heartbreaking because ‘Make Love Not War’ is really my feeling.”