Environmentalism was a talking point with honorees and guests at Tuesday's F4D First Ladies Luncheon. 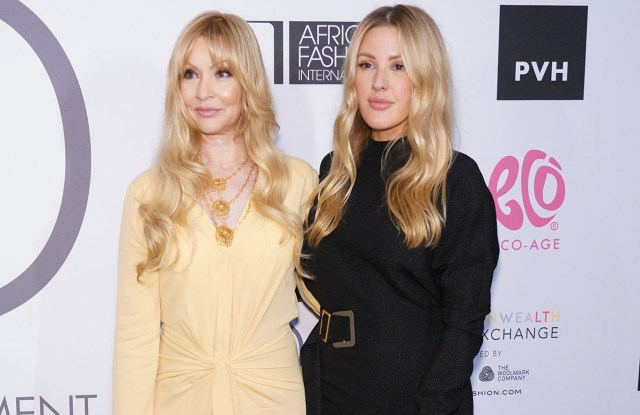 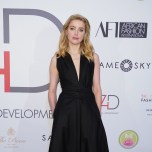 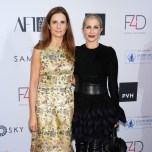 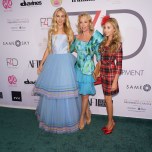 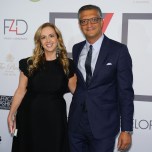 Instead of describing what they were wearing, many honorees and guests at Fashion 4 Development’s First Ladies Luncheon talked about what consumers should be wearing.

The need for more eco-conscious clothing, manufacturing and sustainability was woven into the eighth annual event at The Pierre in Manhattan. Musician Ellie Goulding, actress Amber Heard, serial investor and philanthropist Carmen Busquets and Same Sky founder Francine LeFrak were a few of the winners who chimed in about environmentalism. And rather than spotlight one internationally known designer with a fashion show, this year organizers introduced the Commonwealth Fashion Project (CFP) — showcasing an assortment of unknown designers who were paired with well-known ones.

Diane von Furstenberg, Donna Karan, Nadja Swarovski and Princess Camilla of Bourbon Two Sicilies were among those in the crowd. “Brian Banks” actor Aldis Hodge, F4D’s emcee, tried to energize guests who had weathered rain and nearly block-by-block police barricades on Fifth Avenue due to the United Nations’ 73rd General Assembly. Having walked from his hotel on 31st Street, he could relate. “Fun fact — I did not realize they set up like an adult maze. It’s called police barricades,” Hodge said.

Earlier F4D founder Evie Evangelou noted that 53 nations came together to do the CFP. “Bringing cultures together creates a better feeling in the world and educates people to respect other cultures. In that sense, we’re bringing more people together to work together, to save the environment. It’s more about a global friendship and letting go of perceptions that existed in the past,” Evangelou said.

Later this week, von Furstenberg will be doing her part for diplomacy, traveling to Brussels to receive an honorary citizen award from Brussels Mayor Philippe Close. Busquets asked her guest Isabella Tejada Springmühl, a fashion designer with Down syndrome who helps artisans in Guatemala, to stand for a round of applause. “We all have the power to make fashion sustainable by making better decisions at the moment of purchase and having an impact in all of our local communities.” Busquets said.

Wearing a black belted dress made of sustainable fabrics by Edeline Lee, Goulding said, “It’s really important for designers like her to set the way for others. At some point, it’s going to be crucial for every designer to have sustainability and eco-consciousness in their brands.”

PVH’s Emanuel Chirico, who honored chief risk officer Melanie Steiner, reminded attendees, “Now more than ever what happens behind each of our designs is important.”

Along with fighting climate change and furthering women’s empowerment, Goulding has a nearly finished album to wrap up. Next month, the musician will release a new song with Diplo and a yet-to-be-disclosed rapper. In her remarks, Goulding made the point that every country except one is a signatory to the Paris Agreement — a remark that prompted some to look knowingly at an American guest. Goulding, a U.N. Environment Global Goodwill ambassador, said, “The fashion industry needs to realize that by 2050, it may be responsible for 25 percent of all carbon emissions. But I know between me, Livia and all these incredible people in this room, we’re not going to let that happen.”

Earlier when a guest told Heard how her fortitude had been inspiring, the actress and human rights champion replied, “No, the reward is what you give me and that’s what helps to keep me going. It’s the shared partnership that we have with one another. as sisters and as brothers. We’re all in it together.”