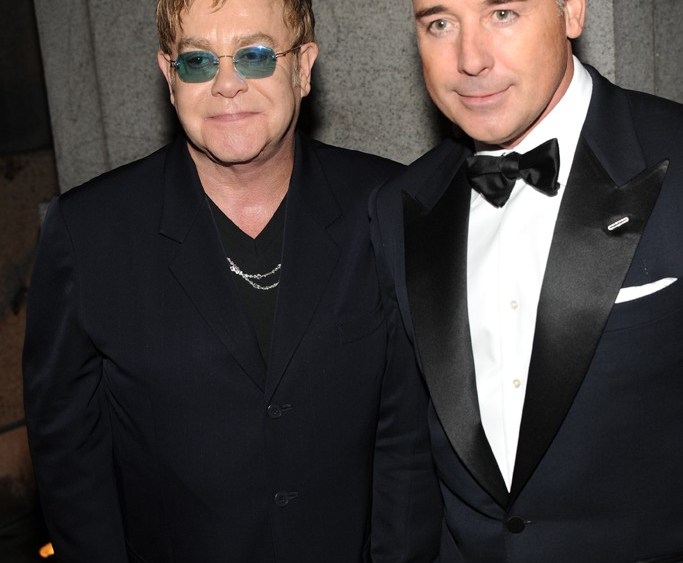 “Stevie’s coming; it’s such a big deal,” Courtney Love said Monday night as she walked the rain-damp red carpet at Cipriani Wall Street at the Elton John AIDS Foundation’s Enduring Vision benefit. Love was speaking about Stevie Nicks. The Seventies rock siren would be performing later in the evening. The gala fund-raiser circuit is, of course, a playground to rock legends of a certain vintage, the evening’s namesake very much included, but Love seemed genuinely excited by the prospect of the Fleetwood Mac singer’s impending arrival. “We did this cover of ‘Gold Dust Woman’ that I’m really proud of,” she said of Hole’s 1996 reinterpretation of the “Rumours” standard. “It really helped her financially at the time. Well, whatever, it did really well.…And so I’m really proud of that. I’d like to see her.…[It’s been] seven years. Do you think she’ll recognize me?” Nicks walked by the press line shortly thereafter, eschewing print reporters for a rendezvous with a crowd inside that included John and partner David Furnish, Brooke Shields, Matt Lauer, Julian Schnabel and Anderson Cooper, who played emcee for a sixth consecutive year. All told, the night raised $2 million for John’s AIDS charity, much of which came at a post-dinner auction that featured a pair of Warhols. Shortly after the last lot moved, Nicks took the stage with her band as white-jacketed waiters passed coffee and dessert. Sitting at a table slightly removed from the stage, Love donned a pair of eyeglasses as she took in the performance.