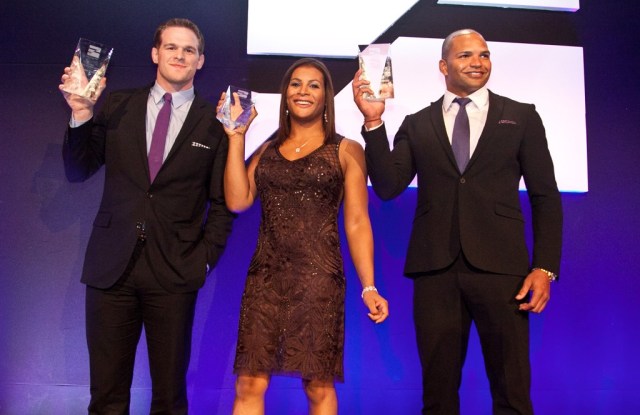 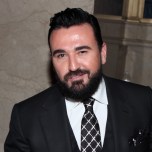 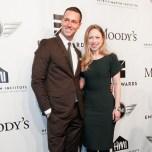 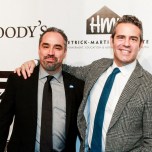 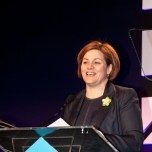 Hudson Taylor, an All-American wrestler who is straight and the founder of Athlete Ally; Brendon Ayanbadejo, the pro football player who came out of the closet; David Mixner, the author and human rights advocate who received a lifetime achievement award; Scott Woodward, ceo of Sew Branded, which partnered with Office Depot and pop boy band One Direction on an antibullying campaign, and on the corporate side, Moody’s, were also honored.

“This was about recognizing heros who have paved the path to where we are today, not just the gay heroes but also the straight supporters who are helping us win our fight for equality,” said Rob Smith, global chief merchant of Haddad Brands, who along with Alfredo Paredes, Ralph Lauren’s executive vice president and chief retail creative officer, cochaired the evening.

“HMI enables kids to be kids, to learn, to laugh, to love, to create their own stories,” said Clinton. “It’s not just important for young people and their families. It’s for the community. I look forward to a world where HMI doesn’t have to exist.”

“When people are battered, crumbling and have no place to go, HMI is an organization that holds it together,” said Ayanbadejo.

As always, the fashion industry came out in force for HMI. Amid the crowd of 900 were Harlan Bratcher, Charles Fagan, Robert Hanson, Chris Salgardo, George Yabu, Glenn Pushelberg and Wendy Madden, as well as Andy Cohen, Christine Quinn, and Betty Who, who performed. Speakers celebrated the tide of states legalizing same-sex marriage — it’s up to 16 — and the Supreme Court’s decision to overturn the Defense of Marriage Act and other civil rights victories.

They also underscored ongoing brutal acts against the LGBTQ community, including one HMI youth who was shot in the head and killed and a Harlem transgender woman who was beaten to death. “Even as laws change, prejudice still exists and sometimes it comes out harder, stronger and more violent. It’s almost like a backlash,” Smith said. “LGBTQ community is three times more likely to be bullied than straight youth.” The Emery Awards are named after Dr. Emery S. Hetrick, who along with partner Dr. A. Damien Martin founded HMI.