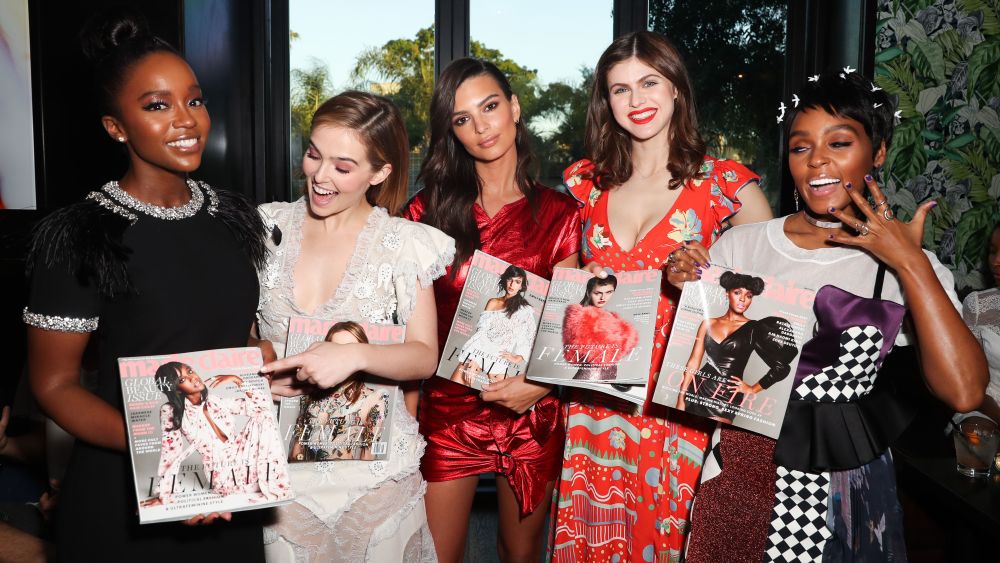 At Marie Claire’s Fresh Faces party on Friday night, celebrating the covers of Emily Ratajkowski, Alexandra Daddario, Janelle Monae, Zoey Deutch and Aja Naomi King at The Doheny Room in Los Angeles, the chatter was all about Coachella.

“It was insane. I had no idea what to expect, and just the walk to get in alone is such a trek,” marveled first-timer Naomi King. “It’s an equal playing field; everyone’s gotta go through it.” The “How to get Away With Murder” actress said it great being introduced to bands she didn’t even know, such as Jack Garratt. “I’m always a bit late when it comes to music, so I’m sure this person’s already superfamous,” she laughed.

It’s been a good year for the actress, who starred in “Birth of a Nation” and just finished filming “Untouchables” with Kevin Hart. “He’s so great in it. It’s truly unlike we’ve ever seen him before; it’s beautiful work, so grounded.” She said filming “was quite the insane experience” because of the number of fans he had in his hometown of Philadelphia.

“We’d be shooting a scene outside and they’d be screaming his name the entire time. I was like, ‘How can you work like this?’ and he was just like, ‘I’m used to it.’”

King is next off to shoot a film called “The Girl From Mogadishu” about a human rights activist, in Ireland, Belgium and Morocco, then returns for the next season of “Murder.”

Of her packed schedule, she said, “It’s crazy but I love it because it’s what we signed up for.”

The other starlets at the Maybelline-sponsored party seemed to agree. So did Rodarte’s Laura Mulleavy, who dressed Deutch for the event. “It’s been such a crazy busy year for us, but we’re grateful to be busy,” she said.

Of choosing King and the other four Fresh Faces, Marie Claire editor in chief Anne Fulenwider said,
“We try for a diverse crowd of women from music, film and TV who are hitting it. It doesn’t matter if you have a project hitting at that moment it’s just more a general feeling that they’re having a moment.”