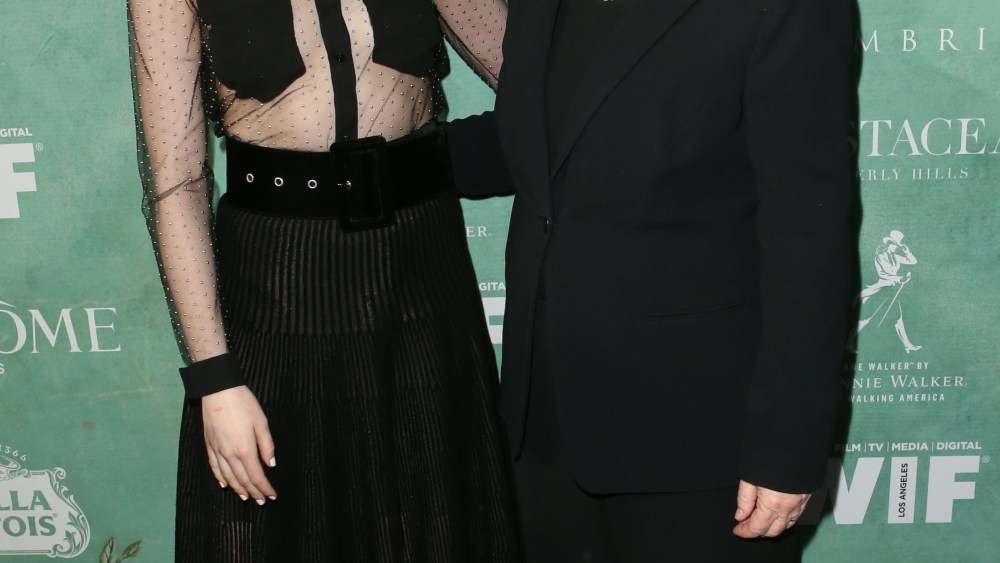 The room was even more packed and the message even more loaded at this year’s annual Women In Film Pre-Oscar Party at the newly-redesigned Crustacean Beverly Hills. The evening, hosted by Oscar-winning actress Emma Stone and Oscar-winning producer and WIF President Cathy Schulman, honored all the females, in front of and behind the camera, who have been nominated for an Academy Award this year.

The highlight of the Lancôme and Max Mara-presented event, besides the spread of gourmet Asian cuisine, was the rousing speeches given by Davis, Stone and King.

“I was telling a story to a woman at my table about when I told daughter, who was five at the time, ‘Genesis, you are very complicated,'” Davis told the room, “and she said, ‘Mommy take that back!’ and I said ‘That’s a compliment that means you are multifaceted,’ and she said, ‘You are tying to tell me that I’m confusing.’ And I say to that, even with all of us women in here being confusing, feeling like maybe we have a little extra weight on our shoulders, feeling especially in this past year that we have testimonies of sexual assault of feeling less than, we are still worth it. With all of our imperfections, all of our complexities and confusion, we are worth it. And this is a year of owning who we are. You either own your story and you share it or you stand outside of it, always hustling for your worth. I am a proponent of the moment you came out of your mother’s womb, you were worthy. And that’s what we are learning this year…that the privilege of a lifetime is being exactly who we are.”

Stone, up next, muttered, “No one should ever have to follow Viola Davis ever, and that was off the cuff!” The 2017 Best Actress Oscar-winner told the Class of 2018, “I know how overwhelming it can be but this has been a historic year for so many reasons, and many of you are a part of that. It’s a tipping point and it’s very exciting and can be very jarring at times but I’m so inspired by the voices I’ve gotten to listen to and the things I’ve learned even the last couple of months, much less over the past year, that’s been happening in our world and in our industry.”

Stone noted that WIF is 45 years old, and that King, whom she portrayed in the film “Battle of the Sexes,” played that historic tennis match 45 years ago. When invited to speak, King said, “Relationships are everything. Viola you are right. Women are taught to be perfect and men and boys are taught to be brave. So women, stop apologizing. No one is perfect and no one is brave all the time. To the men, you don’t have to be brave all the time. Loosen up, cry, do whatever you want like Roger Federer; he sobs whether he wins or looses. One other thing, stop saying, ‘Thanks for what you’ve done for women.’ Because when we do that we keep our marketplace half as large. When people say, ‘Thank you for what you’ve done for women’s tennis,’ I’ve always fought for equality, and the point is, they would never say that to a male. Everyone is an influencer and everyone can lead so let’s stop apologizing and let’s go for it.” She added to the nominees, “Break a leg or whatever you are supposed to say. I want it to be good for you.”