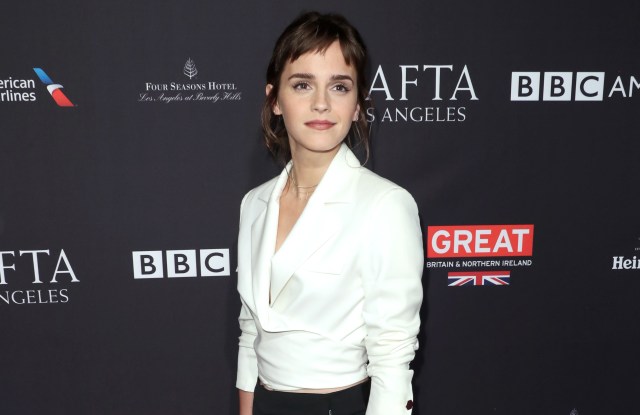 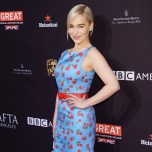 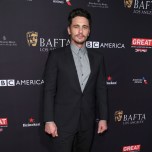 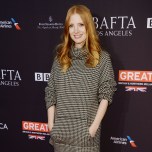 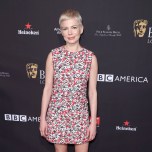 It wasn’t the Tea Party associated with politics, but it was one of the more politically charged BAFTA LA Tea Parties in recent years. Held on Saturday afternoon at the Four Seasons Beverly Hills, the annual pre-Golden Globes affair drew Brits like Emma Watson, Emilia Clarke and Naomi Campbell, as well as guests eager to discuss the black dress movement (though most opted for color prior to Sunday).

“I think it’s a powerful statement,” said Diane Kruger, “and I think all through awards season, you’re going to see statements.” On this occasion, Kruger wore a white “easy, breezy” dress by Chanel while discussing the gender-wage gap she’s faced in the States as opposed to when she’s worked overseas. Asked if it impacts what projects she tends to choose, Kruger admitted, “It’s a difficult situation because you need to work to make a living, and there’s projects that you want to do on a creative level. So there’s always that fine line. Where do you put your foot down? I have definitely said no to projects because I felt like they were unfairly paid. I’m hoping that as I go on in my career that I have more opportunities where I’m not just the girl that’s getting cast next to some guy, that is chosen first and has all the benefits. So it’s an ongoing battle. I don’t think we’re there.”

First-time nominee Rachel Brosnahan, singled out for her lead role on “The Marvelous Mrs. Maisel,” felt particularly at home among the posh accents, despite not having one herself. “I’m half-British,” she laughed. “My mum’s British. My grandparents were in Beaconsfield which is north of London. We spent summers and the holidays in Europe, mostly in England. It is very near and dear to my heart.”

Of her nomination, Brosnahan said, “I’m totally overwhelmed, but in a really lovely way. It means that hopefully I’ll have a job for a few more minutes.” She said her role, as a stand-up comedian in the Fifties, resonated with her because the character is “unapologetically confident” and “self-assured.” “That feels radical in a way that it shouldn’t anymore,” she added.

“Insecure” star Issa Rae said she was still pinching herself over her nomination. “I keep saying it feels like I’m popular in high school,” she laughed. “I definitely wasn’t back then. But friends and family are quick to remind me, ‘Girl, you are so dope, but you ain’t sh-t.’ I love that. I wouldn’t ask for anything else.”

Rae intends to wear black to the Globes and noted, “Tomorrow is going to feel like a big funeral. But in a good way it just feels like the death of old Hollywood. Being an African-American woman, I can’t help but think about our funerals which are kind of lit. Obviously, they’re points of grieving, but afterwards it’s like a celebration of life, and you kind of turn up, and I feel like that’s what this will be.”

Allison Janney felt differently. “I think you’ll be surprised,” said the “I, Tonya” star, who is nominated in the Best Actress in a Supporting Role category. “I don’t think it’s going to look funereal. I think there’s going to be a lot of hope and celebration.”

Meanwhile, Megan Mullally was already looking ahead. Regardless of what individuals choose to wear during award season, the “Will & Grace” actress felt it should be free from judgment. “Fashion should simply be a form of personal creative expression,” she said. “If you’re Bjork and you wear a swan dress, that means you’re f-cking badass.”