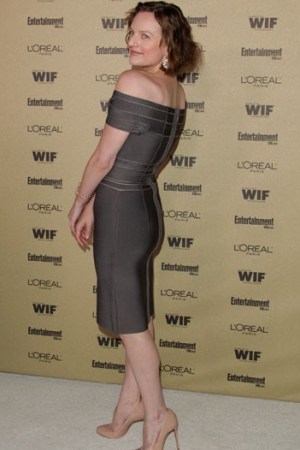 Newlyweds Anna Paquin and Stephen Moyer stole the spotlight, walking into the party hand in hand with their heads down, and once inside, Paquin greeted co-star Rutina Wesley, Elisabeth Moss and the newest “True Blood” man candy Joe Manganiello, who said, “I’ve been on a lot of shows that I’ve had to beg people to watch. I’m finally on one that people like.”

Stars arrived in pairs and made fast friends on the crowded terrace. Sharon Stone came with her pal Aubrey Plaza of “Parks & Recreation” while Seth MacFarlane chatted up “V” siren Morena Baccarin.

But it was Jon Hamm and Moss who shut the party down. The duo left with a group of friends—well past the party’s official midnight end.