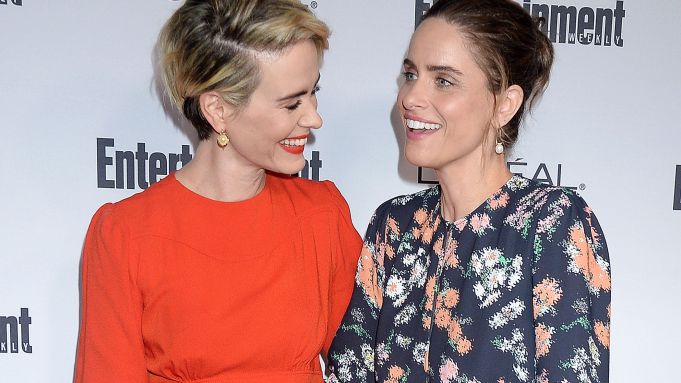 In a week in which Hollywood was chock full of swanky pre-Emmy bashes, Entertainment Weekly magazine earned points for throwing its Friday night celebration in a hot spot that was so of-the-moment it hadn’t even officially opened yet.

Having just signed on to the upcoming third season of Emmy darling “Fargo,” Mary Elizabeth Winstead could have been making a practice run for next year’s Emmy weekend but she was there to lift her Champagne glass to pals like Amanda Crew of “Silicon Valley.”

“I have so many friends that are now at the place where they’re nominated every year and I feel so proud because I’ve got friends who I’ve known since we were all just kids,” said Winstead, who wore a shimmering Jenny Packham dress and Nicholas Kirkwood shoes. “Now every year we get to see each other and reminisce.”

Though she was too young to drink, 18-year-old Ariel Winter and the younger cast members of the perennially nominated comedy “Modern Family” — Sarah Hyland, Nolan Gould and Rico Rodriguez — convened on the dance floor and showed off their moves to Prince’s “Let’s Go Crazy” (often dissolving into fits of giggles afterward).

Indeed, once inside, all the guests had turned every corner of the expansive space into one giant dance floor. Gooding and Cox were feeling the beats at the back bar, while “Better Call Saul’s” Rhea Seehorn canoodled with her husband nearby; a few feet away “Orange Is the New Black’s” Lea DeLaria cut a rug shimmying with Padma Lakshmi. “The Mindy Project” cast members Xosha Roquemore and Fortune Feimster’s uninhibited moves cracked up “Black-ish’s” Yara Shahidi, and at the center of the dance floor “Atlanta” star Donald Glover soaked up accolades for his new show’s glowing reception.

With all the hip-shaking action, the party was downright hot. As she gathered her L’Oréal Paris gift bag and cooled off at the valet stand, even “Dancing With the Stars” pro Karina Smirnoff was feeling the heat. “They forgot to turn on the air conditioning in there,” she exclaimed.