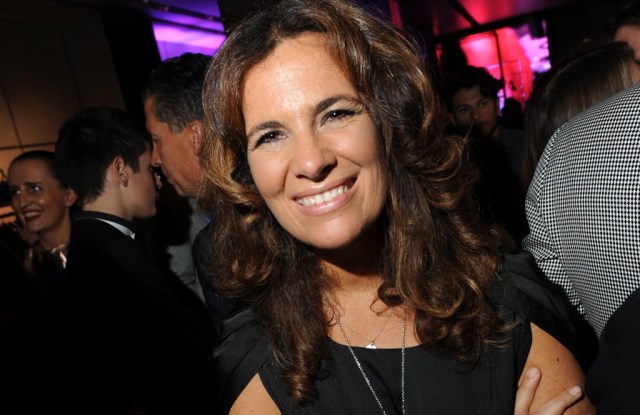 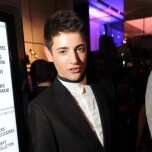 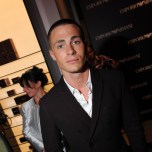 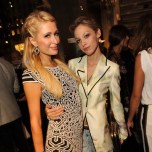 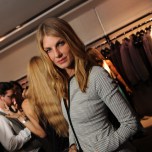 Madison Avenue near 58th Street was a fashionable, if intimidating, velvet-roped scene on Friday night for an opening party at the latest Emporio Armani flagship.

Carine Roitfeld, Stephan Gan, Bryan Boy, Mia Moretti, Paris Hilton, Rachel Chandler, Cory Kennedy and Olivier Zahm turned out for the affair, which saw guests traipsing throughout the slick, bi-level space while  sampling hors d’oeuvres and cocktails. Suzy Menkes, at one point, asked aloud where she should put her empty glass; with so many all-black-wearing attendees, it was hard to tell who was working the party.

The upper level found guests dancing to performances by Ladyhawke, Skylar Grey and The Drums, which were also projected on screens downstairs, where DJ Mayer Hawthorne provided his own sampling of tunes.

“It’s been a long time since I played in New York,” announced singer-songwriter Grey, before launching into a heartfelt piano ballad. “This is a song I wrote for Diddy Dirty-Money… He’s always changing his name.”

Downstairs, girls camped out near the step-and-repeat to ogle a leather jacket-clad Ryan Lochte and a fleeting Ricky Martin, who left immediately following his moment in the front of the flashbulbs.

“Do you know what I really love about being here this week?” mused Angela Lindvall, who was visiting New York from her home in Topanga Canyon, Calif. “It’s the fact that I’m not walking down 20 runways and getting caught up in the neurotic side of fashion, but I’m able to purely enjoy the fun part.”

She signaled to her black peep-toe heels with a grimace.

“Dinners, old friends, getting dressed up and wearing heels that are painful,” she said.