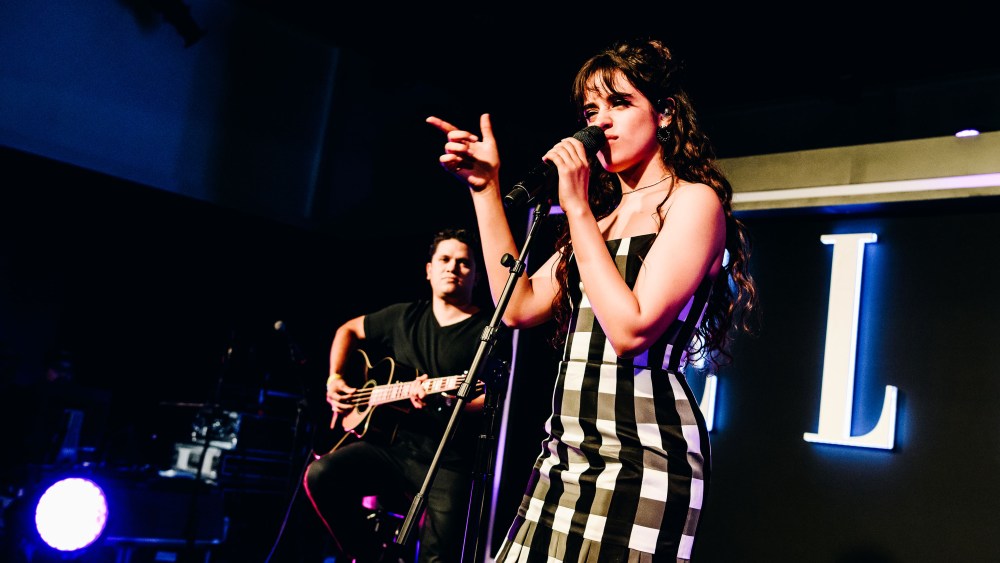 The rumor started going around the red carpet early on: Lizzo wasn’t coming. It was Thursday night at The Shed at Hudson Yards, where Elle Magazine held a party celebrating its Women in Music October issue — which featured Camila Cabello, Billie Eilish and Lizzo as its cover girls. Cabello and Lizzo were scheduled to perform that night, while Eilish was away on tour. Cabello made her way down the carpet around 8 p.m. — but where was the “Truth Hurts” singer?

The answer came shortly thereafter, when Elle editor in chief Nina Garcia got onstage and said, “I’ll let Lizzo explain herself.” Lizzo then popped up on a screen wrapped in a gray blanket, her nose red and eyes watery. Via video, she explained she was sick and couldn’t make it that night, coughing and sniffling as she went. “Being on the cover of Elle Magazine is a big f–ing deal,” she said. “Please have a drink for me, because b—h, all I’m drinking is tea and water.”

Cabello, who discussed her relationship with Shawn Mendes in broad strokes during her interview for the Elle article (“I love working with him so much,” she said) climbed onstage — a petite portrait of charm. She sipped a cup of tea while she chatted merrily with the crowd.

“I met Billie because we had our photo shoot on the same day,” Cabello said. “And my little sister — I’ve never seen her that way — when she saw Billie, she started crying uncontrollably. She’s 12. She doesn’t care about me. She loves Billie Eilish.”

Tory Burch, who rushed to The Shed from fittings and casting in preparation for her show on Sunday, said she missed Cabello’s performance of radio hits like “Havana” and “Señorita.”

A cluster of attendees showed up to the party late — including Rico Nasty, Bretman Rock, Tituss Burgess, Cody Simpson, Nicole Scherzinger and Saweetie, who embraced Burch warmly while a member of the rapper’s posse took a video.

Garcia said that in choosing the three women to include in the issue, she and her team went through a list of artists who “embodied, for us, the next wave.”

“And these three really stood out to us. They happened to be the three that are topping the charts.”

She added she’d learned earlier that morning Lizzo wouldn’t be able to make the performance, especially since she’ll be going on tour soon and must preserve her voice.

“But she might turn out at another event,” Garcia said slyly. “There’s no telling.”