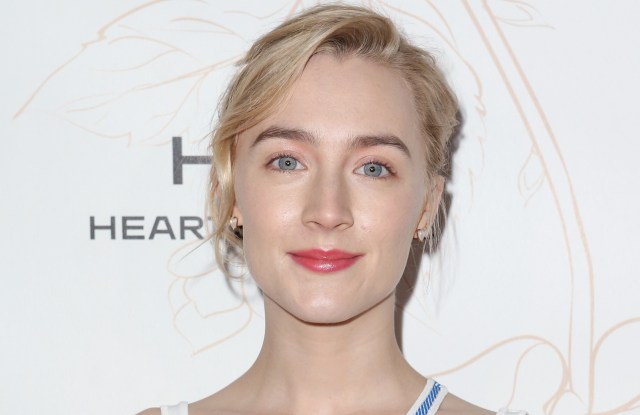 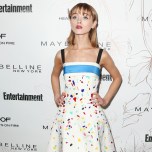 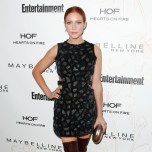 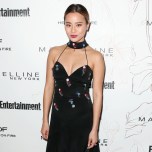 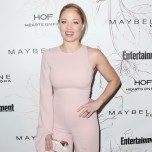 “Downsizing” star Chau, who is nominated for Outstanding Performance by a Female Actor in a Supporting Role, said this particular nomination is special because it’s voted on by her peers. “We all understand the journey that actors go through—where you start off from being an extra to being a co-star and moving your way on up,” Chau said, adding that she’s been enjoying the awards circuit. “My strategy is to not have any expectations and to just take it one day at a time and one event at a time. Even with the Golden Globes, I went in the night before for a little rehearsal. I looked around and was like, ‘I had no idea that all of this work went into putting on the show beforehand.’ We all just get to enjoy it at home and see this really well-oiled machine, but there were seat fillers pretending to be Denzel Washington or whoever.”

But Chau wasn’t giving up any secrets about her SAG gown. “I can’t,” she said. “People think I’m being coy, but I genuinely, honestly, literally don’t know.’” She said it would be a game day decision. “There are little tweaks that need to be done,” she added. “I’ve narrowed it down.”

Sophia Bush also stopped by the party to see friends after speaking earlier in the day at the Women’s March in downtown Los Angeles. “Being up there and reaching out to my community felt incredible,” said Bush, who presented Black Lives Matter organizer Dr. Melina Abdullah during the rally. “I’m so in awe of what she’s been doing. It was so tremendously empowering to be in a crowd like that, to be reminded that despite whatever our smaller differences are, our city knows how to show up for each other, for our neighbors, for our community. The march had even greater numbers this year than last year. We’re not going away.”

Bush swapped out her Rebecca Minkoff “GRL PWR” rally t-shirt in favor of a bright DVF dress for the party. “This is a night to celebrate wonderful performances,” said Bush. “I sometimes think we do such a disservice because these [parties] are the things that get more of the coverage, so the public thinks we just have parties all the time. These things are so rare. It’s nice to every once in a while take off your 16-hour-a-day wardrobe and put on a clean dress and hug your friends.” Bush later caught up with Jamie Chung and Ashley Madekwe once inside.

The “Glow” cast, including Kate Nash, Britney Young, Sydelle Noel, Sunita Mani, and Ellen Wong, also came out in full force to celebrate their show’s first nomination. “I feel like we really deserve the nomination because we’re such a team,” said Nash. “Like a sports team, we train together and we really have each other’s backs. So we are enjoying the moment.”

“There will be a song that cues us on the dance floor tonight that’s like, ‘It’s time to go home, girls,’” laughed Mani. “I’ll wait for that cue.”