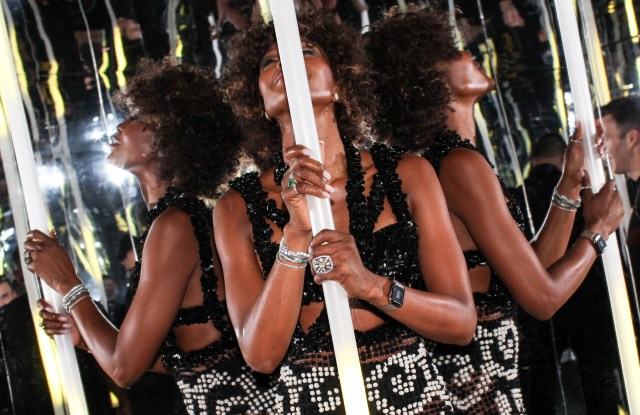 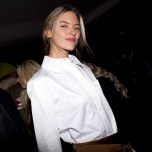 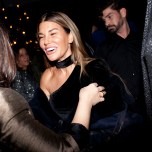 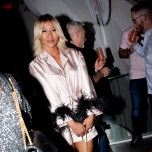 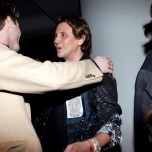 The first Equinox Hotel is slated to open this summer at Hudson Yards, but it’s never too early to start celebrating. On Thursday night, the brand decamped to the swanky Zaha Hadid penthouse at the High Line for a party to mark its first campaign by Nick Knight and featuring Naomi Campbell.

“It was such a perfect partnership for it because they represent a lot of the things we stand for,” said Equinox Hotels chief executive officer Chris Norton. “These guys have been so innovative and over the decades kept changing, so I think they represent where a lot of the world is going,” he continued, adding that fashion week was a great opportunity because the video “looks a little bit through a fashion lens.”

Campbell herself stopped by during the evening, posing inside a mirrored box replicating the one from the video campaign, as did Martha Hunt, Ajak Deng, Kate Young, Alexandre Assouline and Maluma.

“I remember Equinox when it was just a workout spot. And now, it’s a lifestyle,” said Maxwell as hits from the early Aughts fueled the crowd left dancing near the end of the night. More than just being dazzled by the city views and architecture of the triplex apartment — which, by the way, is for sale if you happen to be looking in the $50 million range — Maxwell found the company’s evolution inspiring. “Just one idea can stretch further and beyond than just the one idea that it started with,” he mulled. “That’s for anyone. That’s what this about: any good idea can go beyond just the very specific thing that it was trying to be.”