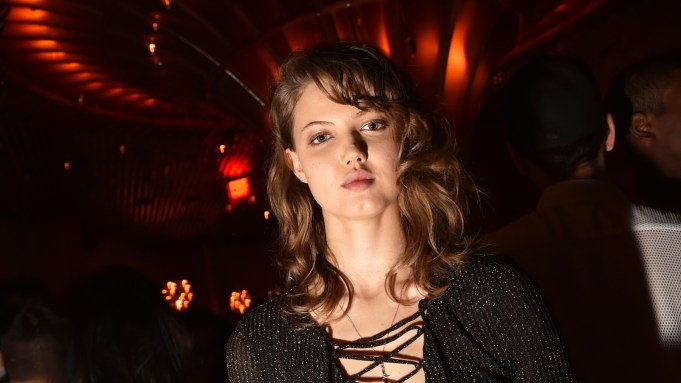 By 1:30 a.m., the crowd at Top of the Standard in New York was growing restless. Erykah Badu, the marquee act for the night, was nowhere to be found and it was already three hours after her announced starting time. The assurances from those in the know that she’d go on “any minute now” were starting to wear thin.

Suddenly, the far corners of the room saw an oversize brown hat make its way through the cramped audience: Badu had arrived. And after an hourlong set — songs included “On & On” and “Apple Tree” and “Tyrone” — she had them eating out of the palm of her bejeweled hands.

Welcome to New York Fashion Week, and brace yourselves for late shows and even later parties, too many celebrities, too many sightings of Emily Ratajkowski — yes, she was there, too — and Rihanna — she wasn’t — and every now and then, a few special moments.

The New York collections hadn’t been underway for a full day, but Badu offered the first preview of the frenzy ahead.

Jay McInerney, a veteran of many a fashion party, was asked to share his secret for late New York nights: “I don’t want to say the obvious,” he said, in an apparent drug reference, “so I’ll just say enthusiasm.”

That was a joke answer. The writer in him then decided to get poetic: “You have to always believe that you’re going to meet somebody or see something that you’ve never seen before. New York always holds that promise for you.”

Apparently, it didn’t Thursday — he walked out with Helen Lee Schifter a little before 1 a.m. It wasn’t the Eighties anymore.

Instead, it was the new champions of nightlife, the models and media personalities — Hanne Gaby, Lindsey Wixson, Andrej Pejic and Hari Nef — and the younger designers like John Targon and Scott Studenberg of Baja East who had the energy to stick around until the Champagne stopped flowing.

“You have to think like Madonna when she came to New York for the first time,” Pejic said. “‘You need to keep going.'”

The person who seemed most relaxed was the neo-soul diva herself.

“When I get up, you guys give me energy,” she said shortly after her set, holding court in her hotel suite, the hat since removed. Badu has become a ubiquitous presence in fashion circles in recent years — last season she attended a Fendi dinner hosted by Karl Lagerfeld and before that Riccardo Tisci cast her in a Givenchy campaign — and when asked about her interest, she gave a characteristically loopy answer.

“Art is just part of my life and fashion is art,” she said, before pausing. “Actually, fashion is fashion but style is something you cannot measure with time and it’s an art, really, and I like any form of art that allows me to express who I am.” And wear Fendi and Givenchy, presumably.

Did she have any other plans for fashion week?

“I might hang out with Riccardo,” she said. The rest of the time, “I’ll enjoy the pretty things.”