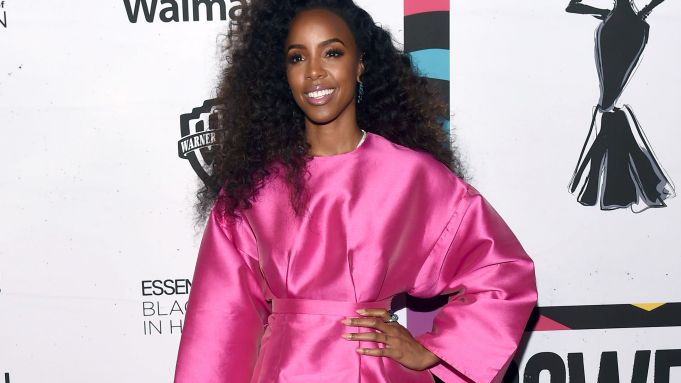 Essence magazine’s Black Women in Hollywood luncheon on Thursday — hosted by Kelly Rowland and honoring Amandla Stenberg, Regina King, Jenifer Lewis and KiKi Layne — was not only a chance to acknowledge actresses in film, but to champion activism and accountability in Hollywood and beyond in a season.

“A lot of what is being worn is being worn by us. There’s no excuse to make mistakes like that anymore,” Cynthia Erivo told WWD on the red carpet, referencing the recent events that have forced Prada and Gucci to pull insensitive product from stores and launch inclusivity initiatives. “There are so many of us who are in fashion that can be informative about that stuff. What should have been was a round of people who saw it before it even reached the sewing machines. It makes no sense to have no people of color veto that vote. We’re not living in a time when we’re not visible. We are very visible.”

“There has to be a difference with who is making the decisions,” echoed Layne. “It’s really wonderful being somebody who can wear the different brands. But who’s actually in those rooms creating? Those creative rooms should look like the world they’re selling to.”

Inside, as guests including Sean Combs and Angela Bassett sat for a three-course meal, they soon learned it would be standard to give an ovation of support before and after each honoree. First up to receive one of the three Black Women in Hollywood statuettes was Stenberg. “The Hate U Give” actress told the crowd, “Sometimes it may feel like we carry a lot of weight, but it’s because we’ve been given roots that go deep into the earth. The love and protection of our ancestors envelops us and transcends time itself. No matter what we face we are wrapped in that protection. Whether we find it through each other or through the circle of sisters who hover in the heavens with their hands linked and their hearts open, we are a part of the richest tapestry.”

Upon accepting her Ford Spotlight Award, Layne made it clear that such words of affection have been helpful during her first Academy Award experience for “If Beale Street Could Talk.”

“Of course when we get the exact thing that we prayed for, we freak out,” she said. “But as I started thinking about what I was going to say today, it hit me that this was the perfect time. Being here in this room and receiving this award, it’s showing me that I’m not by myself. I’m so thankful to be in this room with so many people who have shown me love and encouragement. When I say that [today’s theme] is ‘The Power of Presence,’ I’m just starting to understand what that means. For people to see my chocolate skin and natural hair being represented in a way that this industry doesn’t always allow, I’m so thankful for that.”

Saving the most seasoned honoree for last, the crowd stood for the last time to welcome Lewis, who was presented with her award by her former “Dreamgirls” castmates Sheryl Lee Ralph, Loretta Devine, and her daughter Charmaine Lewis.

Taking on her matriarchal role as the self-proclaimed Mother of Black Hollywood, she continued with a request from the women and men listening eagerly to her. “Please, honor your ancestors.” she said. “You want to talk about honoring some women? Let’s go to the bowels of the ships and honor the ones that had to throw their babies off. Let’s honor the ancestors that stood on the front line in the Sixties and took the dogs and the hoses. I want to honor my mother for scrubbing floors. That’s who I’m honoring today.”

Before the event came to a close, another controversy came to the forefront. Although she did not say his name, Lewis spoke during her acceptance speech of “Empire” actor Jussie Smollet.

“I was asked on the carpet so many times, ‘What do you think?’ I said, ‘I have no comment.’ Today’s a day to celebrate, but this is what you’ll be hearing tomorrow.”