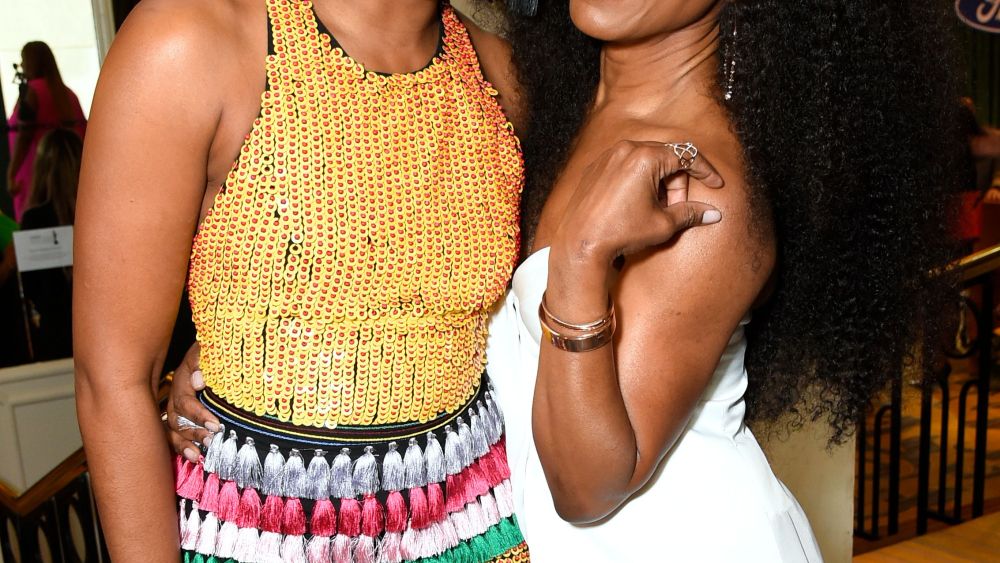 “It’s tremendous,” Haddish said of the recognition. “It means everything. I’m so proud of my sisters and I’m a little overwhelmed.” She paused. “And I ain’t going to lie. I had a lot of fun last night with my girls, so I’m not all together right now.”

Soon after, all eyes were on Gurira, who was still reeling from the box-office success of “Black Panther.” “The film is a celebration of perspectives and narratives that we never see for some reason,” she said. “And it’s showing us how much we have been deprived of, how much we’ve neglected powerful resonances coming from a variety of places. That’s been my life. I was born an African girl. I’m going to die an African girl. The time in between has been spent looking to celebrate that which is often marginalized.”

Thompson said, “So often black women in the media space have not gotten to be seen in a way that we should be. We’ve been too invisible. So publications like Essence are born out of a real desire for us to be seen as the beautiful, complex, whole people that we are.”

Thompson said she believes the film industry has reached a turning point. “I think there’s been a real seismic shift. I think when you look at the honorees today, we’re not just being celebrated on this stage, but on a global stage. In the past, there was this idea that a black face doesn’t sell overseas and then you see Danai in a film that is tearing down that mythology,” she said, referencing “Black Panther.”

Waithe was singled out for her contributions to television. “I feel the most comfortable in this room,” Waithe admitted. “This is my family. I’m obsessed with every single person that’s here. This is my favorite part of the whole Oscar week.”

Waithe and her fellow honorees spoke from their hearts while on stage. Lupita Nyong’o turned out to present Gurira and called her a “soul sister and patriarchy resister.”

Meanwhile, despite it being Gurira’s moment, the “Black Panther” actress put the spotlight back on Nyong’o, whose birthday was the previous day. Gurira led the room in a round of “Happy Birthday” as a cake was brought out to celebrate.

Teenage sisters Chloe and Halle Bailey, who go by Chloe x Halle, performed their new song, “Warrior,” which they wrote for DuVernay’s Disney film “A Wrinkle in Time.”

Chloe explained they became attached to the project directly through DuVernay. “Miss Ava reached out to us looking for music, and since our album is coming out on March 23rd, we had a repertoire of songs, but we thought, ‘Maybe not any of these,’” she said. “So we went home in our living room and we wrote a song specifically for the movie.”

“Insecure” actress Yvonne Orji did the hosting duties. “Two years ago, I just dreamed of being invited to the Essence Black Women in Hollywood event and now I’m hosting it,” she said. “It’s surreal. You feel the power, the euphoria, and the love in the air. This is like a family reunion. You’re like, ‘I didn’t even know that was my cousin.’”