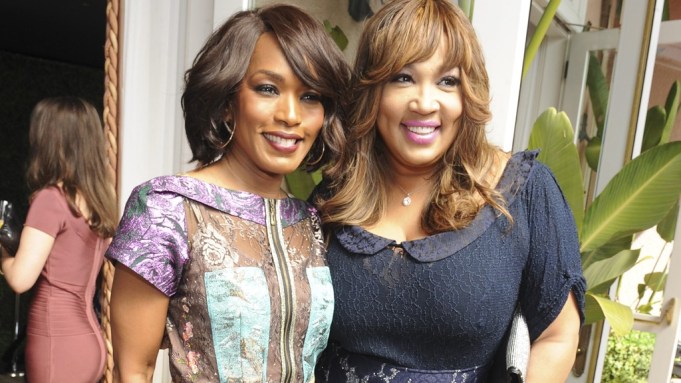 The seventh-annual Essence Black Women in Hollywood luncheon, held at the Beverly Hills Hotel on Thursday, ran long enough to encompass breakfast, lunch and an afternoon tea. (Guests arrived as early as 10:30 a.m. and were still waiting for their cars at the valet well after 4 p.m.) But none of the guests — including Kerry Washington, Oprah Winfrey, Brandy Norwood, Spike Lee and Tonya Lewis Lee — seemed to mind, as the gathering tends to be one of the more heartfelt events of the awards season schmoozefest.
Perhaps the most buzzed about individual of the awards-season scrim, Lupita Nyong’o was on hand. The Oscar nominee, along with Academy of Motion Picture Arts and Sciences president Cheryl Boone Isaacs and director/writer Ava Duvernay, were being honored at the luncheon.  Nyong’o’s acceptance speech kicked off the afternoon as the radiant starlet revealed her feelings of inadequacy growing up with dark skin, leaving nary a dry eye in the room and earning a standing ovation. “You can’t rely on how you look to sustain you,” she said. “What should sustain us and what is fundamentally beautiful is compassion — for yourself, and for those around you.”

Winfrey, dazzling in bright yellow, closed the ceremony alongside Sidney Poitier to present the Trailblazer award to Boone Isaacs, the first person of color to serve as president of the Academy of Motion Picture Arts and Sciences. “‘When we come to it, we must confess that we are the possible,’” Winfrey said, quoting Maya Angelou. “Cheryl Boone Isaac, you are the possible for such a time as this.”

“In 1939, Miss Hattie McDaniel was the first [African American] recipient of an Oscar,” Boone Isaacs told the room from the dais. “During that ceremony, [she] had to sit in the back of the auditorium. But on Sunday night, I am going to be sitting front and center.”