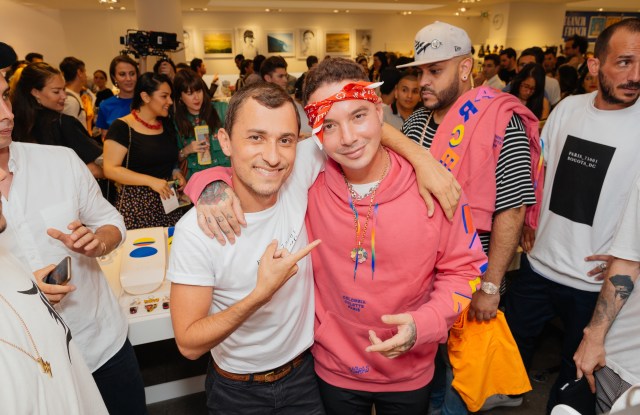 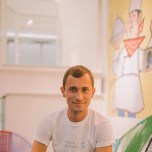 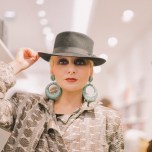 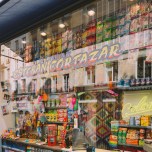 NONSTOP PARIS-BOGOTÁ: “Now, it’s time to have some rum,” exclaimed New-York based jewelry designer Paula Mendoza, weaving through the compact crowd celebrating the launch of “Colombia by Esteban Cortázar,” a 12-day curation by her compatriot presented at Colette.

Mendoza, who has collaborated for the past two seasons with Cortazar, was sporting one of his dresses and a pair of golden earrings from her new collection. “They’re inspired by the indigenous people of the Amazon, and their reverent observation of Mother Earth,” she said.

A tropical mood prevailed as strains of Latin music warmed the air. Fabric parakeets, some in the red, blue and yellow of the national flag, hung in dense, tropical foliage.

Yaz Bukey, Betony Vernon, Catherine Baba and gallery owner Emmanuel Perrotin were among the Parisians invited to enjoy a taste of Cartagena — Cortázar’s hometown — at the Jardins du Pont Neuf, a restaurant and party spot on the Seine’s embankments, after having browsed his “tiendita” — the Colombian take on the bodega, off-license, konbini, superette and other names for neighborhood convenience stores.

Earlier, Cortázar had launched his pop-up at the Parisian concept store, which showcases items from his homeland as well as collaborations with friends and designers from all around the world.

A year in the making, the event is part of the France-Colombia Year, celebrating friendship between the two countries through bilateral cultural and artistic initiatives. “I didn’t think Sarah [Andelman, creative director and purchasing manager of the store] would go for it, but she did,” Cortázar said. “As soon as I heard [about the France-Colombia Year], I felt it was my duty to celebrate my country and where I come from.” Andelman later said that she’d been won over by the project and the designer’s passion.

Keen to show that “Colombia is full of color and cultures,” he brought art books and magazines, accessories by local designers, popular snacks and sweets, and a capsule of his own work including streetwear developed with Colombian brand Seven Seven. “Parisians have enough chic, I wanted to bring fun, happiness and kitsch-ness,” Cortazar said with a grin.

On the walls of the Water Bar, Colette’s underground eatery, he invited the street art collective Populardelujo to re-create the painted signage that adorns walls, menus and more in the country. Chef Carlos Peñarredonda of Candelaria offered a tantalizing taste of the country’s flavors.

Alongside the fashion set, the Paris-based Colombian community was also present, including artists and officials. “Colombia has a very vivid, vibrant creative scene, as colorful as the tropics” said Federico Renjifo, ambassador of Colombia to France. “This is a moment in which Colombia’s youth needs to come to Paris — it is where savoir-faire is found, where connections are made.”

Squeals heralded the arrival of reggaeton singer J Balvin. The artist, a major star in Latin countries who has also collaborated on Robin Thicke’s “Blurred Lines,” Ariana Grande’s “The Way” and Justin Bieber’s “Sorry,” was sporting a hoodie emblazoned with “Parce” in colorful letters on the sleeves — an item he had devised with Cortázar for the Colette pop-up.

“I met Esteban a while ago through Instagram, but when I was growing up as an artist, we all knew about him, because he’s been real successful since he was a kid,” said the singer, whose latest single “Mi Gente” is number 11 on global charts and has racked up 78 million views on YouTube since the music video dropped on June 28.