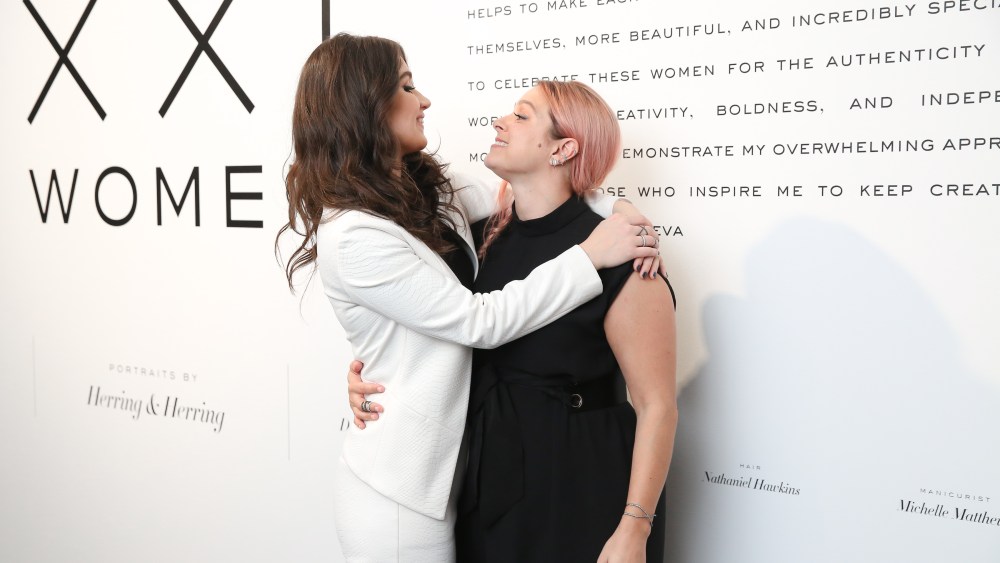 While she may not have been toasting new drinking status, the jeweler was celebrating a 21 of another sort, in the form of her portrait series “XXI Women,” an installment done with her brand, Eva Fehren, featuring women who inspire her. Among the chosen muses are Eve Hewson, Carly Cushnie, Michelle Ochs, Garance Doré, Gucci Westman, Ryan Roche, Andrea Mary Marshall, Kaelen Haworth and Athena Calderone.

“I think it sort of just landed there,” Zuckerman said of the number. “Well, I love odd numbers, and I love X’s. This is really the beginning of me saying ‘thank you.’”

The “thank you” was to her ladies, who she arranged to have photographed by celebrity photo duo Herring & Herring — she went to college with Dimitri Scheblanov, one half of the team. Hewson, Westman and the Cushnie et Ochs duo came out to see their portraits on display, milling about with Zuckerman’s other industry pals Wes Gordon, Jennifer Fisher and Samantha Orley.

“As a designer I feel like it’s so easy to get pulled in so many different directions, and I felt like I was at a point where I kind of wanted to reconnect with the emotional part of what I do, because I’ve been so focused on my business and my brand,” Zuckerman explained. “I’m always searching for ‘who is the Eva Fehren woman,’ and I think what’s so special about jewelry and what’s so important about my brand is that it isn’t just one woman,” she continued.

“I met Eva initially through my husband [David Neville], and he loves her. He’s been a big supporter of hers since the beginning,” Westman said. “And we kind of just bonded. When she asked me to do this I was so flattered. It’s such a relevant way for her to translate her point of view. It’s so sincere to her. She’s the real deal,;she’s such an artist.”

Westman was a bit hesitant to see the final result. “I’m scared. You can see all the pores.”

“When she was doing the CFDA Fashion Fund she used some of our clothes to match with her collection,” Cushnie said of how she and Ochs came to know Zuckerman. “Jewelry can be just a piece that you wear everyday, that you love, or it can be a special piece that can entirely change an outfit.”

“I knew exactly the piece I wanted,” Ochs said, of the tiny gold ring in her nose she wore to the party. “I don’t have it pierced; I’m too chicken for that,” she added.

As flattering as it was to be included, the designers were still uneasy seeing their photo blown up and mounted on the gallery’s wall. “It is weird to see your head that big,” Ochs said.