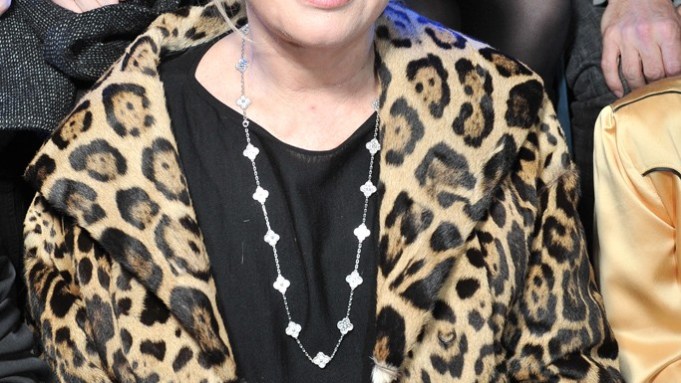 WAITING TO EXHALE: The Bourse du Commerce in Paris was packed to the rafters on Tuesday night for the Etam show, which drew Catherine Deneuve, Emmanuelle Seigner, Joséphine de la Baume, Antoine Arnault and his fiancée Natalia Vodianova, who designs a line for the lingerie brand.

But if Etam is attempting to position itself as the European equivalent of Victoria’s Secret, then the lackluster display only highlighted how far it has left to go.

Staged on a simple yellow and black circular podium with a scaffolding backdrop, the event featured live performances by Eve and Azealia Banks, with French bands Breakbot, Cassius and Kavinsky and a special appearance by 3D from Massive Attack rounding off the bill.

The annual music-and-lingerie extravaganza was missing its usual producer, Mark Ronson, and it showed. The display suffered from gaps between segments and the largely electronic musical acts failed to ignite the crowd.

For the finale, models filtered out in groups and milled around until Eve reappeared and belted out “Got What You Need” — finally giving the audience a taste of what it had been craving.