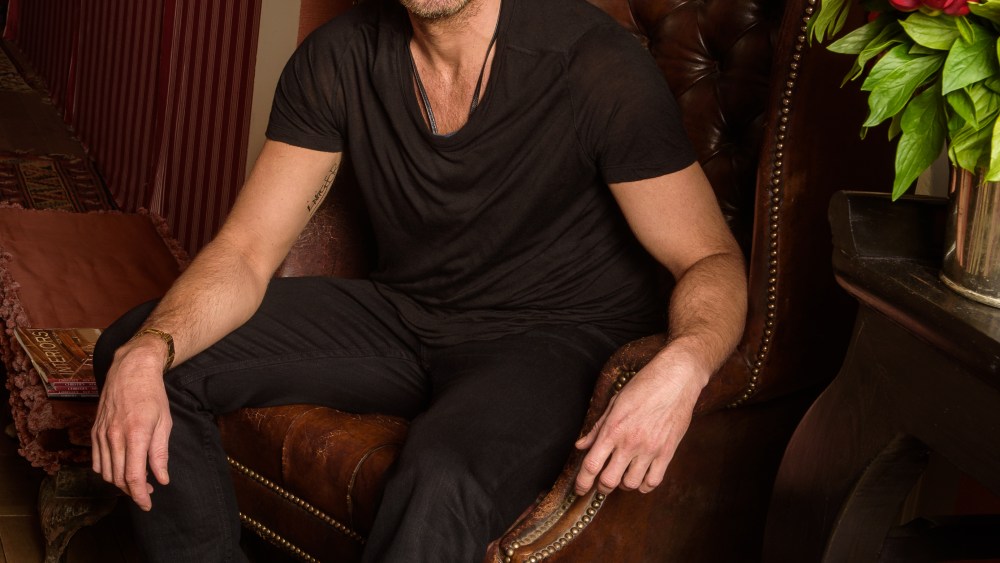 Event planner Bronson van Wyck is lending a hand to the annual Save Venice masquerade gala on April 7 at the Pierre Hotel. He’s the cofounder of  Van Wyck & Van Wyck, which he runs along with his mother and sister, and recently launched Workshop as an offshoot agency to produce events for brands. Later this spring, Workshop will work on Chanel’s artist dinner during the Tribeca Film Festival, the Whitney Gala and the High Line spring dinner. The agency also frequently donates their design and production services to causes and charities, such as Save Venice, which raises funds toward preserving the artistic heritage of Venice, Italy.

“I think that we have a responsibility to give back, and I feel so lucky to be living in this city and this country, doing this job that I would never have even thought existed when I was growing up. It’s nice in the context of what I perceive is good fortune to take on and do things that are helping something else,” says Van Wyck, who hails from Arkansas. By volunteering his company’s services to causes that they feel strongly about, he sees himself as being able to contribute to charities in a meaningful way; although he’s not bankrolling the cause, he’s creating environments and experiences for others to feel inspired to donate.

Van Wyck likens his role as an event planner to that of a storyteller; guests are characters in a narrative. “You want a night to unfold. You want there to be a progression,” he explains. “[Guests] arrive feeling one way, and we want to take them through a series of experiences that allow them to leave feeling a completely different way. We employ lots of different tricks and strategies and mechanisms to make that happen — surprise, whimsy, some smoke and mirrors. Cocooning people with warmth and beauty. Providing for their physical comfort, their spiritual well-being. We’re seeing ourselves as ringmasters in a way.”

The inspiration for this year’s Save Venice gala was the 1996 film “Dangerous Beauty” and its main character Veronica Franco. “There’s a feminist story inside her story,” says Van Wyck, who also connects the film to gala sponsor Oscar de la Renta. “I think that Oscar de la Renta as a brand has a great love for women and how they look and how they feel while they’re wearing the clothes. There are a bunch of strong women who are running [Save Venice] and organizing everything for Friday,” he continues. “[Veronica Franco] also went to a ton of parties, and there are a ton of parties in that movie. I think if she were here, in New York today, she’d be coming on Friday night.” He’s channeling “Dangerous Beauty” for Friday night’s event through Venetian fabrics, antiques, and candelabras, as well as fruit-and-vegetable-driven floral arrangements incorporating Anemone, carrot tulips, sweet peas and Helleborus to create the idea of a Venetian feast.

Of course, masks play a large role in the annual masquerade event.

“I think masquerades are an amazing way for people to actually reveal themselves to each other — both in the choice of the mask, but also in…the way that your personality changes when you’re wearing a mask,” he says. “I also think — I don’t know if this is scientifically proven — when you wear a mask you drink more, and when you drink more, I think you flirt more, and ultimately you probably have more fun. There’s that bit of intrigue, that anonymity when you’re wearing a mask.”