"We have to have art in our world. We have to be able to express ourselves." 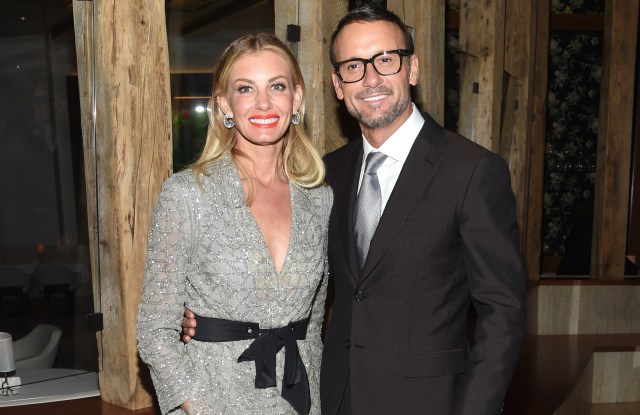 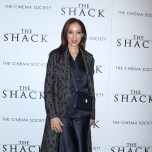 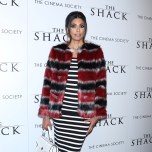 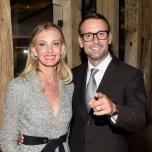 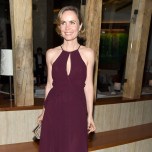 On Tuesday night, Tim McGraw traded in his cowboy hat for a suit and thick-framed glasses, looking more cosmopolitan than country as he shimmied to the hip-hop pumping through the sound system at Michelin-starred restaurant Gabriel Kreuther. The country star-turned-actor had stepped out in the city for the after party of his latest film project “The Shack” along with wife Faith Hill, who eased into a corner booth to unwind post-premiere. The starry pair were leading the charge in the absence of leads Sam Worthington and Octavia Spencer — who had attended the screening, but afterwards had to rush back to 30 Rock for SNL rehearsal ahead of her hosting debut.

“My husband Tim is in the film, and we were asked if we’d be interested in writing a song, so I thought, ‘What the heck?'” said Hill, who had robed up in a silver sequin frock by Monique Lhuillier for the night’s event. She and McGraw had recorded a new duet for the film, “Keep Your Eyes on Me.”

“I saw [the film] many moons ago. We were just struck by so many moments in the film, but one that stuck with all of us the most was the moment when he just says, ‘Keep your eyes on me.’ Which really seemed to bring truth, when you’re going through struggles in life,” she explained of their song’s genesis. “It was a phrase so simple, yet so powerful.”

The musician was vague about how the changing times have impacted her work, but offered a directive. “I think the most important thing to learn for all of us is you just have to stand beside what you feel strongly about, and in a positive way,” she said. “To change or support whatever it is that you believe in, stand tall and be strong, and be a voice.”

And when your voice sounds like Hill’s, all the better.