Disney stars and Diana Ross — something for everyone.

By Leigh Nordstrom and Jessica Iredale on December 7, 2016
View Slideshow 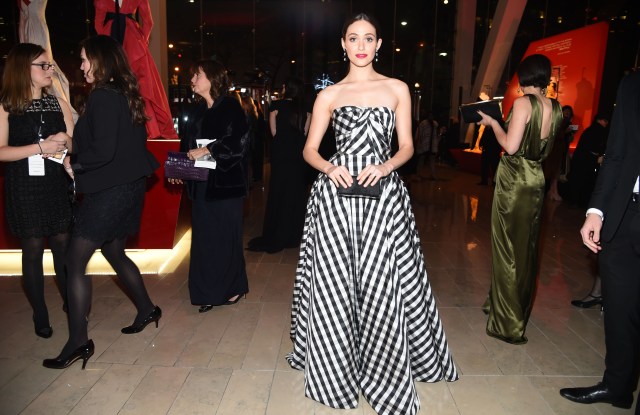 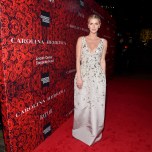 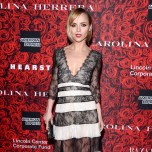 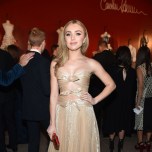 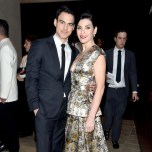 The Lincoln Center fashion gala, helmed by Harper’s Bazaar, presented a more low-key version of its now annual benefit, in recognition of Carolina Herrera and her 35 years of business.

Now in its fourth year, the benefit has honored Karl Lagerfeld (perhaps a tough act to ever follow, at least on the celebrity front), along with Stella McCartney and Valentino. This year, fans of Herrera including Emmy Rossum, Christina Ricci, Julianna Margulies, Emily Robinson, Olivia Palermo, Hilary Rhoda, Nicky Hilton, Seth Meyers and more came out in the rain for a performance by Diana Ross and a dinner, in an evening that appealed to both ends of the Herrera brand fan base.

Eighteen-year-old “Transparent” actress Emily Robinson was milling about inside with her stylist, having arrived promptly, “That’s my thing,” she said of her timing. In perhaps a comment on the evening’s crowd, she observed that “people of any age can feel beautiful and powerful when wearing [Herrera’s] creations.” And indeed they were.

Not far from Robinson was Disney channel actress Peyton List, also 18. “It was just one fashion week ago that I was introduced to Carolina, and I was completely fangirl-ing because she is such a fashion icon,” List said, with fervency. “She really works the female body perfectly and she really know the shape — there’s an art to it.”

Fashion week with Carolina Herrera is an impressive feat for a Disney darling. “I just finished season two of the Disney show that I was on, ‘Bunk’d,’ and right now I have a movie out on YouTube called ‘The Thinning,’” she said. “It’s a dystopian thriller.”

Oh? “It takes place in the year 2039, and resources are depleted, and they have to find a way to cut five percent of the population, and they do that by administering this test from first grade through grade twelve, and the kids with the lowest score get eliminated. It’s kind of intense and it’s kind of scary because it doesn’t really seem…that far off. I was doing this thing last night with Al Gore, and it was ‘24 hours of reality,’ and it’s scary, the climate crisis, and people don’t want to acknowledge it, but it’s such a real thing. So this movie was also sort of just showing that, how real it is.”

The lady of the hour was swarmed with kisses from friends and requests for selfies from admirers. “I come to Lincoln Center for all the concerts, the opera, the ballet, all of it,” she said. “Lincoln Center is the cultural place in New York. I’m glad to be part of it.”

During a preview of her pre-fall collection a few days before the gala, Herrera mentioned how she and Ross go way back to Studio 54 days. “I met her with Steve Rubell who used to own Studio 54,” said Herrera.

For Rossum, the night of Ross’ music was a bright spot in an otherwise challenging time. “I was in the front row, and I had to restrain from capturing it on social media in order to stay in the moment,” she said before dinner. “It was truly the first time in a few weeks that I really felt joy.”