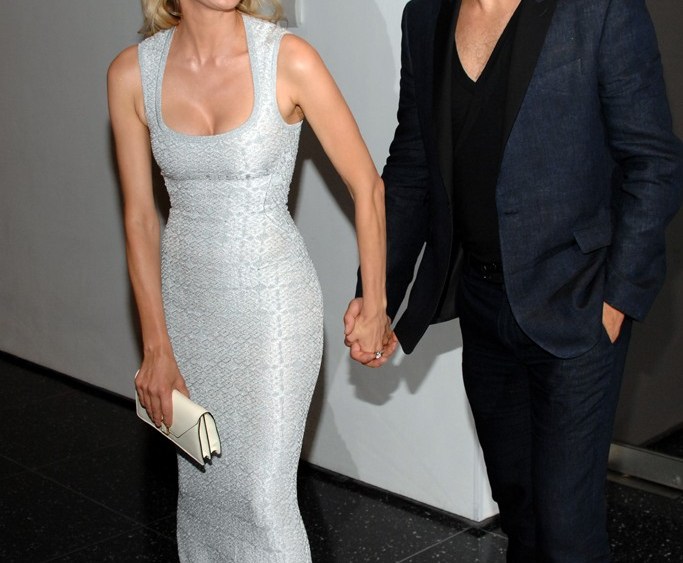 Diane Kruger and Joshua Jackson are no strangers to the step-and-repeat. “We’ve done this a few times before,” Jackson grinned at the Museum of Modern Art in New York on Monday night at the premiere of “Farewell, My Queen.”

The actor initially hung off to the side before mugging with Kruger at the behest of the photo pit. The low neckline of Jackson’s black T-shirt mirrored that of his date: Kruger wore an appropriately regal ice-blue, sleeveless, floor-length, scoop-necked Azzedine Alaïa dress. She didn’t borrow it, she assured one partygoer, she bought it.

The film, based on a novel by Chantal Thomas, stars Kruger as a particularly convincing Marie Antoinette in the last days of her reign with Louis XIV. The familiar story is told through the eyes of the queen’s most devoted servant, played by Léa Seydoux (who did not attend the New York premiere). Directed by Benoît Jacquot, the film casts a decidedly sapphic tone over the female relationships of the court.

“I love women,” Jacquot explained. “They fascinate me…they always have.”

The director gestured at Kruger: “I hope you like French things because this film is very French. It is subtitled, yes, but it is very, very French.…Diane is very unique, and so is this film. She is a sort of queen, herself, really.”

The regal trappings mostly agreed with the German-born actress on set.

“The hair was fun, the hair extensions, the wigs…though we did shoot a scene by the fountains where my wig was destroyed, at one point,” Kruger said. She was quick to add that complicated costuming was not the most difficult aspect of the role.

“There are scenes in the film where she’s borderline schizophrenic, really, and that was emotionally and physically extreme,” the actress said, adding that she shared a certain understanding of living under the public eye. “I could relate to her as a woman.”

After the film’s predictably somber conclusion — guillotine for most, escape for a select few — filmgoers like Margherita Missoni, Waris Ahluwalia, Olivier Theyskens, Christine Baranski, Chris Abbott and Kelly Rutherford headed to the Fifth Avenue Cultural Services outpost of the French Embassy for an after party, where they were met by a string quartet in the marbled lobby.

“It’s an odd thing to drink Champagne after watching a revolution break out,” Brady Corbet shrugged upstairs by the bar, where pop music drowned out the strings a floor below. After the lush visuals of Jacquot’s Versailles, the high-ceilinged space felt strangely sparse, with bare walls and no furniture save for a few scattered cocktail tables draped in black and topped with fist-sized arrangements of yellow chrysanthemums. A swirling current of partygoers pursued waiters holding trays of hors d’ouevres like salmon croquettes and fried coconut shrimp. “Maybe we’re supposed to be in mourning,” one guest wondered of the decor.

Au contraire. Antonin Baudry, cultural counselor of the French Embassy in the U.S., wrangled Kruger and Jacquot for a last-minute toast.

“You have made me very, very proud to be French, tonight,” Baudry beamed, “Merci!”