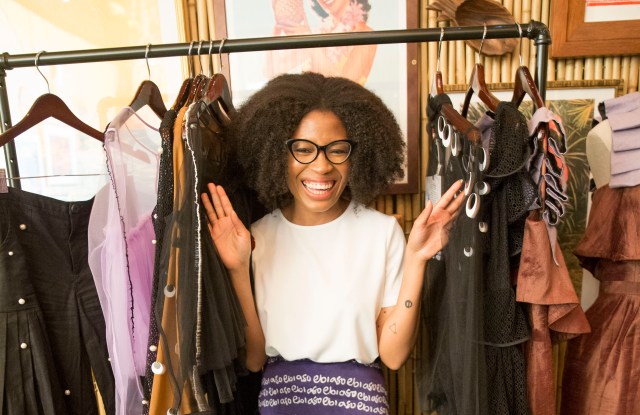 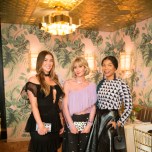 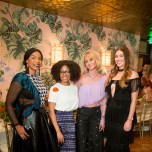 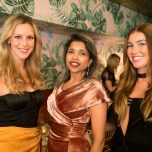 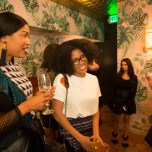 SAN FRANCISCO — Women from Nigeria, London, Oakland, Calif., and beyond gathered for in the back room of a new San Francisco hot spot Wednesday night to toast a new arrival.

The venue was Leo’s Oyster House, and the occasion gave San Francisco’s style set an opportunity to meet emerging women’s wear designer Maki Osakwe, who had flown in from Nigeria only days earlier to visit Oakland’s McMullen boutique.

Purveyor Sherri McMullen is the only U.S. retailer to carry Maki Oh, whose contemporary constructions incorporate traditional African technique — and this wasn’t by chance. Before dinner, McMullen shared the details of an Instagram private message campaign to woo the designer. McMullen then linked with Farfetch to add Maki Oh to the site. The dinner was organized by Farfetch and McMullen.

Since founding Maki Oh in 2010, Osakwe has shown in Paris and New York and has outfitted women including Michelle Obama, Lupita Nyong’o, Solange Knowles, Leelee Sobieski, Alek Wek, Thandie Newton, Azealia Banks and more. Two years ago, she became the first and only Africa-based designer to be invited to the White House.

“We live in a world where women are literally changing the dynamic of how we think, how we act and, now thankfully, our political landscape,” she said. “Her mother taught her to create her own destiny, and she is now the ‘it’ designer of the year — a woman we can all look to for inspiration and a lesson in sheer grit and true talent.”

Osakwe said she considers herself a mixed media artist and was encouraged “to do everything” while growing up as the youngest of three. She is a painter and photographer, and this serves her well. For her most-recent collection, she made a short video based on variations of Nigerians’ use of “ehn,” which Oh said mirrored the complexity of being an African woman. The film is an extension of the personal connection she has with each collection.

Looking around the room, which was decorated in tropical palm fronds and protea bouquets, she remarked on seeing her designs on many in attendance and the challenge and beauty of translating her Nigerian influences into a modern, international aesthetic. “It’s an important part of what I do.”