Livia Firth, Tommy Hilfiger, Tory Burch and Petra Nemcova were among the guests at the First Ladies F4D luncheon in New York. 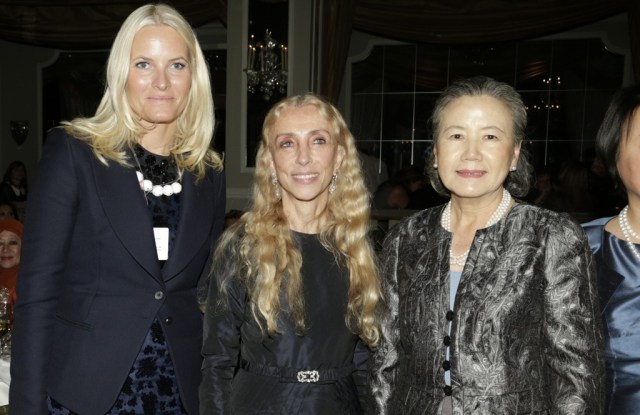 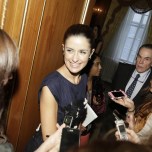 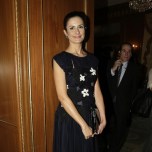 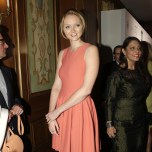 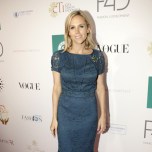 Livia Firth, Tommy Hilfiger, Tory Burch, Norway’s Princess Mette-Marit, Roberta Flack, Stephen Burrows, Martha Stewart and Petra Nemcova were among the guests at The Pierre hotel event. After a 20-minute “floral performance” in her honor, United Nations Secretary General Ban Ki-moon’s wife, Ban Soon-taek, told the crowd, “I have to admit I was a little bit nervous about what to wear today. I wanted to ask my husband, but he’s so busy being secretary general that he doesn’t pay much attention to my clothes.”

Newly minted Beauty 4 Empowerment goodwill ambassador Lily Cole was also on hand, and Sozzani was honored for her humanitarian efforts for F4D. The Italian Vogue editor in chief said, “I really appreciate getting this award. Everybody likes getting an award.”

Sozzani emphasized that F4D aims to give impoverished people dignity through work as opposed to charity. In the months ahead, the group will focus on Indonesia. Earlier she told WWD, “I’ve done a lot but I feel I could do much more. It’s very difficult. But I feel very committed because we can really make important strides not only in Africa but everywhere. That’s why I work hard and I never give up.”

Firth has aligned her Green Carpet Challenge initiative with F4D as an Eco Style Partner. She told WWD, “Fashion is a huge opportunity. If you think about it, fashion involves so many industries, from agriculture to communications. Therefore, it is important to think about how we use resources and maximize development potential to help communities grow and to have the things they need to sustain themselves.”

Having visited garment workers in Bangladesh and gold miners in Honduras, Firth said, “They are always the most wonderful people. And they all say the same thing, ‘Tell my story.’ Once you visit these places and meet the people who make your clothes, you can’t just go shop randomly without looking at labels and thinking about the situations where they were made.”

Firth said Tom Ford (who cast her husband Colin in his film “The Best Man”) has gainfully gotten involved. The designer was one of eight who created an outfit inspired by an iconic British movie for the initiative The Green Cut, which made its debut in London earlier this month. Firth said, “That same day there was a huge fire that killed 289 people in a factory in Karachi because there were no fire escapes. Fashion is such a powerful commentary.”