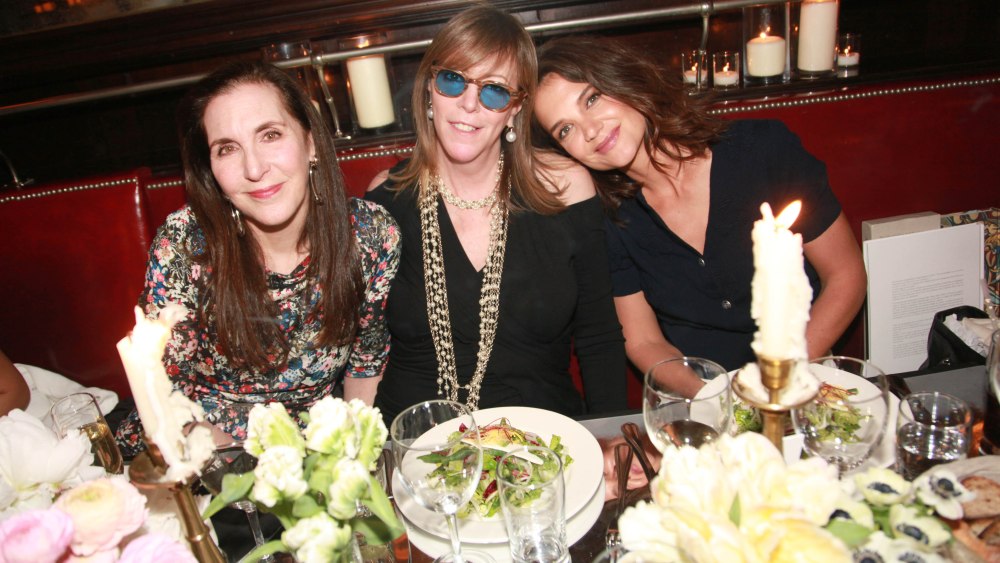 “Is this the normal one? I can’t even tell,” wondered Alice Eve, freshly inside the doors of Balthazar Monday evening. The downtown brasserie had been taken over with a disguise of cherry blossoms and peonies for the 12th annual Chanel Tribeca Film Festival dinner, which drew the likes of Diane Lane, Katie Holmes, Ruth Wilson, Jon Bon Jovi, Andie MacDowell, Alice Eve, Dianna Agron, Christina Ricci, Jonah Hill, Julia Garner, Zosia Mamet and Jemima Kirke.

“I love the idea that volunteers have put it together, and it’s done with such love,” Eve continued of the festival, of which she is a jury member. “It’s restorative — it makes you feel that people are good, which is nice. I’ve loved the education I’ve had from all the documentaries — it’s felt a little like school, where everyone comes together and has a group activity.”

Budding Aussie actress Odessa Young walked the carpet with a red Chanel crossbody in view, and a weathered leather fanny pack tucked out of sight from photographers (and no, it was not Chanel).

“Oh, you don’t want to know about this — this is just a fanny pack that I wear,” she said, swiveling to reveal the item in question. “This is the real look. I love this [Chanel] bag but you can’t fit anything in there. I got this [fanny pack] a couple months ago. No hands! I like being hands-free. I think they’re going to come back in a big way.”

Ewan McGregor’s daughter, Clara, was decked out in Chanel on a night away from her studies. “I’m working on graduating college,” the NYU student said, adding that she has quite the busy roster of extracurriculars. “I started acting and I’m working with Wilhelmina. I did fashion week — I was in Milan and I did the fashion week here — first time.”

Inside Ricci was huddled by the bar with her husband, James Heerdegen, and was in conversation with one of the night’s honored artists, Stephen Hannock. “I think fashion is art — it’s just another medium,” she said. “We’re the ones who are getting paint on everyone’s clothes — they don’t want us around. They shuffle us off to the side,” Hannock countered, before the two pored over phone pictures of favorite photographers.

“Nah, I’m not doin’ interviews,” Bon Jovi waved off. Similarly shy was Hill, who allowed one question. “My best friend Max Winkler’s film ‘Flower,’” he said of his Tribeca highlight. “It premiered and it’s great. It’s a great film made by a great person.” To which his date applauded “good answer, babe,” the merits of which are up for debate.