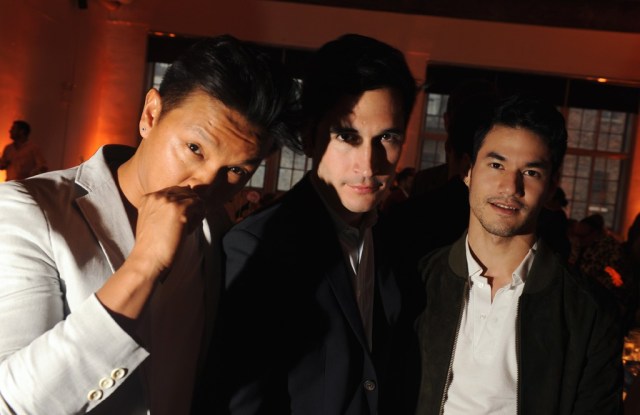 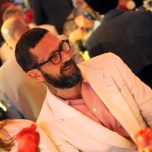 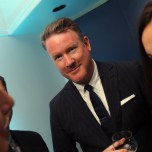 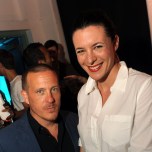 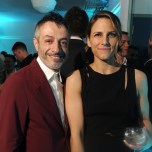 New York City’s first heat wave of the season was cause to flee Manhattan for the weekend, but by Sunday evening, a crowd of fashion-oriented city-dwellers managed to migrate back to the balmy borough to celebrate Fashion Centered, a benefit for the 30th anniversary of the LGBT Community Center. The designer-heavy crowd, which included Isaac Mizrahi, Catherine Malandrino, Jack McCollough and Lazaro Hernandez, Olivier Theyskens and Stefano Pilati, mingled during a short cocktail hour held in a packed alcove at the center’s West Village headquarters. Joseph Altuzarra embraced fellow designer Prabal Gurung while attempting to locate his official date for the evening — his mom.

“She’s the best date,” he shrugged. His search was soon thwarted once again as Jenna Lyons stopped to say hello.

Glennda Testone, executive director of the center, surveyed the sizable gathering as she reflected on the past three decades.

“In the next 30 years, I hope for 1,000 percent success, full equality. Just having the ability like everybody to live fabulous lives and be happy and healthy. That’s the goal,” she said.

Over dinner, the crowd passed family-style bowls of green beans and quinoa salad down the long banquet tables adorned with fresh orange roses. Jennifer Fisher admitted some guilt about trading in her typical Sunday night plans.

“Sunday night is taco night at my house,” the jewelry designer explained. “I ditched my kids on taco night.”

Hernandez divulged his usual rituals to cap off the weekend, though prefacing that it was less than exciting.

“I just catch up on work e-mails or hang out,” he said. “Something boring like that.”

With the CFDA Awards less than 24 hours away, the following evening’s festivities were inevitably a topic of conversation, particularly around Hernandez, who, along with Proenza Schouler partner McCollough, was nominated for both Womenswear Designer of the Year and Accessories Designer of the Year.

“Whenever we’ve had nothing prepared, we’ve won. When we had something, just in case, we lost, ” Hernandez said of any preemptive acceptance speech prep. “It’s bad luck.”