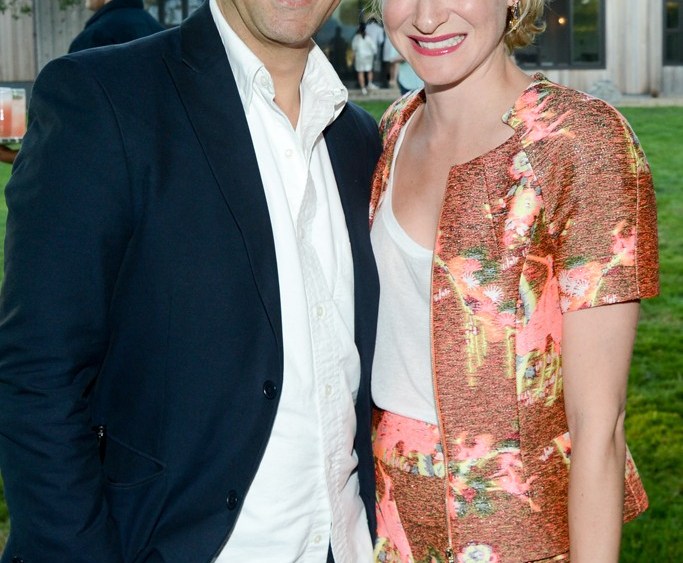 Despite the flawless sunny skies, the opening day of Bridgehampton Polo on Saturday on Long Island was a washout for the players and their ponies due to the heavy rains the previous day, which made the pitch too soggy to play a full match. But the smartly dressed crowd was treated to a short, single-chukker exhibition, with Nacho Figueras and Peter Brant swinging their mallets up and down the field. “You prepare yourself for this for weeks, so it’s disappointing we weren’t able to play but we wanted to think of the safety of the horses first,” said Figueras resignedly.

Veronica Webb and partner Chris Del Gatto, chief executive officer of Circa, the jewelry reseller, watched from the sidelines as the Circa team took on Brant’s White Birch in the brief spectacle. Del Gatto usually plays with his team — which won last year’s Hampton Cup — but was out of commission due to a severed flexor tendon in his thumb. “He introduced to me the world of polo. It’s so elegant and it really attracts people who appreciate precision and beauty, and it’s inspired so much fashion,” said Webb, who is raising a blended family of four children with Del Gatto.

CNN’s resident clotheshorse Alina Cho — who’s working on her next “Fashion: Backstage Pass” program that will air in September — changed halfway through the event from a striped J. Crew sundress to a white Puro Lino number. Nineties lesbian model Jenny Shimizu, who is now a booker at Elite, walked arm-in-arm with new client Michelle Violy Harper, who was shot earlier this year by Steven Meisel for Vogue Italia. Harper said she’s working on an upcoming fragrance with makeup artist and candlemaker Alexa Rodulfo, while Shimizu herself recently launched a lipstick with House of Exposure, called Helmut Red, an homage to the all-out glamour of Helmut Newton heroines.

Later in the evening, the AIDS Community Research Initiative of America celebrated its 20th anniversary during its annual “Cocktails at Sunset” benefit at the Sagaponack home of artist Ross Bleckner, who was chairman of the nonprofit’s board for 15 years through 2007. The verdant locale was a homecoming for ACRIA, as the first iteration of the fund-raiser in 1992 was also hosted by Bleckner, before it moved on over the years to Sunset Beach on Shelter Island, the Fire Island Pines and Steven Klein’s Bridgehampton home.

“People like to come and look around and see different places, so you have to move these things around,” said Bleckner of the itinerant benefit. Curious guests were further intrigued to know that Bleckner’s house was once owned by Truman Capote. “I always hear a lot of stories how he drove up on the neighbor’s lawn. But since I don’t drink, it’s not that kind of vibe here now,” said Bleckner of the house’s former occupant.

Costa was looking forward to a week’s vacation at his country home in Bellport, Long Island, before settling into work for his September show, which he declined to give many hints about. “But it doesn’t change much, does it? There are no tricks. It’s pure chic,” he forecasted.

Bob Colacello recalled covering similar benefits as the editor in chief of Interview magazine, at which he’d snap his own photos. “The salary was really low so if I took my own photos I got paid $25 per photo,” he recalled. “But once I left Interview I never took another photo. I just thought it was too Andy Warhol to go around taking pictures at parties. And once I went to Vanity Fair, I had to be a serious journalist and serious journalists don’t take their own photos.”