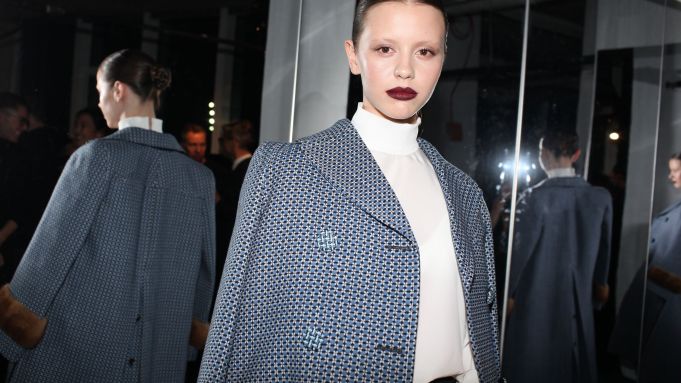 With many brands sitting out New York Fashion Week, Fendi came to town and doubled down on parties, first celebrating the Baguette bag Thursday at the boutique and then shifting to a more elegant, intimate dinner with The Webster Friday night, in honor of the Peekaboo bag.

McGregor, the daughter of Ewan McGregor and Eve Mavrakis, appeared alongside sister Esther in the brand’s family Peekaboo campaign, and was at the party the previous night. She was heading to Self Portrait the next day, and will be walking in the Batsheva show.

“I don’t walk many shows because I’m not super tall…but sometimes, occasionally,” she said, mingling during cocktails. “It’s so nerve-racking. I also never really wear heels. I didn’t grow up trying to be a model or to walk a runway. So it took a lot of practice. It’s funny because I am an actress and so putting yourself out there is part of the job, but this is a whole different thing. A lot of it felt out of my control. I was like, What if I fall? But it’s a great adrenaline rush.”

Guests swanned about the room ahead of dinner, Diptyque Baies perfuming the air and Champagne at the ready. Culpo and Sanders held hands in a corner, deep in conversation, while their handler from The Society kept guard. Fontana and Marley gave each other tentative waves across the room before boldly going in for an intro. Plans for Milan were swapped, Peekaboos were ogled, and dinner was served.