The large furry characters Piro-chan and Bug-kun are headed back home. 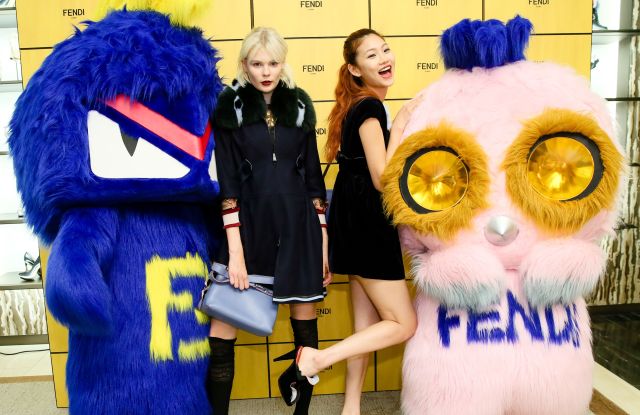 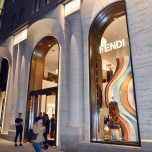 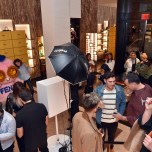 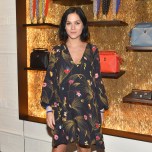 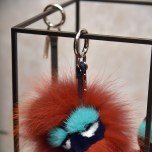 The party guests of honor at the Fendi Madison Avenue boutique on Thursday weren’t granting any interviews. They never do.

“They don’t talk,” explained a representative from the luxury house, referring to Piro-chan and Bug-kun, who were posing with guests a few feet away. Fendi was hosting a farewell (make that… furwell) party for the Fendirumi, their large, furry mascot duo inspired by the Japanese phenomenon of kigurumi mascots. Following a stint on the West Coast, the cartoonish pair had made their way to New York, where they’ve been spotted shoe shopping at Saks Fifth Avenue and making a jaunt through Central Park.

“They’re like, massive,” one partygoer exclaimed to his companion, as guests lined up to get their picture taken with the pink and blue characters stationed in front of a yellow Fendi-branded wall. It was an observation both on their size and the size of their influence — adults and children both go crazy for them. The larger-than-life characters were inspired by Fendi’s QuTweet bag charms, and the Fendirumi versions were a hot item that night. For those not in the market for a $1,500 luxury stuffed animal accessory, Fendi still provided — in the form of plastic figurines, gifted grab-bag style as guests made their exit.

Each character came with its own party assistant stationed off to the side, who often jumped in to assist — guide a hand into position, fluff the fur around Piro-chan’s large jeweled eyes. Nearby, Bryanboy petted the colorful fur stole around his neck as he greeted party DJ Hannah Bronfman and posed for a Snapchat.

“Did you guys enjoy your time in New York?” a reporter asked the Fendirumi, whose only reaction was to continue making their way through a profession of selfie-friendly poses.

Piro-chan disappeared behind a back curtain, leaving Bug-kun, the more sinister-looking blue character, to go solo for a few minutes. The Japanese actress stationed inside of the giant pink fur costume was taking a break from the flashes of camera. As she sat down and patted her face dry with a napkin, her assistant took a comb to the cotton candy pink furred head on the table.