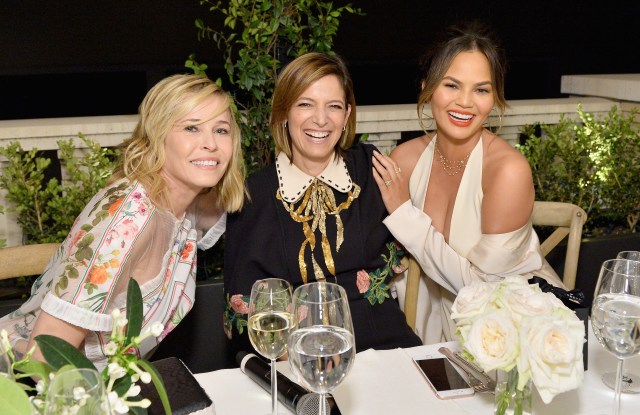 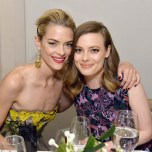 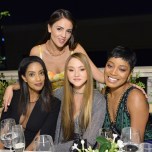 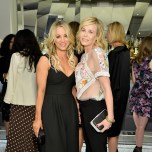 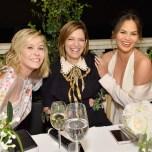 “I did that thing where I went, ‘Why did I commit to a Sunday night event?’ but I’m so glad I came,” said Chelsea Handler, referring to Sunday’s kick-off dinner for Glamour’s Women of the Year 2016 event, whic commences Monday with a one-day summit followed by the awards ceremony and post-dinner. Held at the Freds in Barneys New York’s Beverly Hills store and hosted by Fergie and First Lady of Los Angeles Amy Elaine Wakeland, wife of Mayor Eric Garcetti, the event welcomed the WOTY honorees to Los Angeles for the first time.

Ashley Graham, one of this year’s honorees, brought her mom as her date, as did Fergie. “I remember watching Julia Roberts get this award eight years ago and thinking what a role model she was. It’s incredible to think that there are young women who look up to me now,” said Graham.

Past honoree Shonda Rhimes, who has also presented the honor to Robin Roberts, said, “My favorite thing about this is being surrounded by so many interesting women.”

“It’s surreal to be back in Hollywood,” said O’Reilly, who has spent the last six months on Broadway in “The Robber Bridegroom.” Another person who made the trip from New York was Barneys chief executive officer Mark Lee, who will walk the store Monday with his teams. “We’ll talk about what’s selling and what’s not. They want to be heard,” he said of his Beverly Hills colleagues.

Amplifying the message was a major reason editor in chief Cindi Leive moved the event to Los Angeles. “It was time for a change of scenery,” she said. “There’s so much on the West Coast for women with film and technology. And this week there is so much happening. The energy is so high, the anger in some places is high, but there is certainly a lot to talk about.”