The Italian brand took over the McKittrick Hotel on Tuesday to celebrate its staple sole. 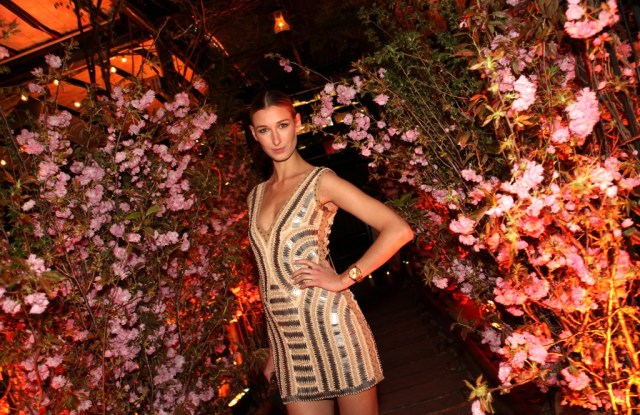 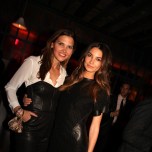 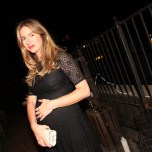 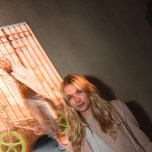 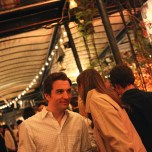 Ferragamo’s Vara shoe turned 35 this year and to celebrate, the brand enlisted a slew of front-row ubiquitors — Elettra Wiedemann, Laure Heriard Dubreuil, Lily Kwong and Lauren Remington Platt among them — to pose for photographer Claiborne Swanson Frank in their own custom versions. On Tuesday, the company further feted the launch of L’Icona, an online project which allows customers to create a custom pair of Varas (or Varinas, its ballet flat cousin), at the McKittrick Hotel in New York, where the clique of cool-girls-turned-shoe-models gathered.

Vases brimming with petal-pink peonies, cerise hydrangeas and fuchsia tulips met guests off the elevator — as did a handful of photographers, ready to pounce and make use of the lush backdrop. Partygoers such as Zani Gugelmann, Jessica Hart, Jamie Johnson, Michael Avedon, and Nicky Hilton obliged. Genevieve Jones plucked a tulip out of one planter, using it as a prop while being photographed with Azealia Banks.

Further inside, a vintage train car lined one side of the space. Inside, a tricked-out photo booth beckoned, with guests posing against a wall of polychromatic florals. Partakers were encouraged to tack their picture to a nearby corkboard wall, which was buried in photos by the end of the evening.

On the other side of the corridor, partygoers sunk into the barroom’s plush charcoal-hued banquettes, basking in the soft glow from the Edison bulbs suspended overhead. Posted around the room were images of the 21 chosen women. Lily Aldridge bopped to the music by her shot: all legs and shoe with the model wearing nothing but a leopard fur coat and her fire-red Varas. “I love the leopard, I love the red. It works,” Aldridge shrugged. “It was shot in my backyard in Nashville in the middle of a snowstorm. I was freezing.”

Soon Sophie Auster took to the stage, crooning moody tunes to an eager audience with ample hair-flipping throughout her performance. “Look at these fancy-ass shoes I’m wearing,” she cooed between songs, kicking up her studded stilettos.