Creative director Paul Andrew hosted a dinner for the new Gancini monogram with Rich the Kid, Debby Ryan, Elizabeth Lail and other friends of the house. 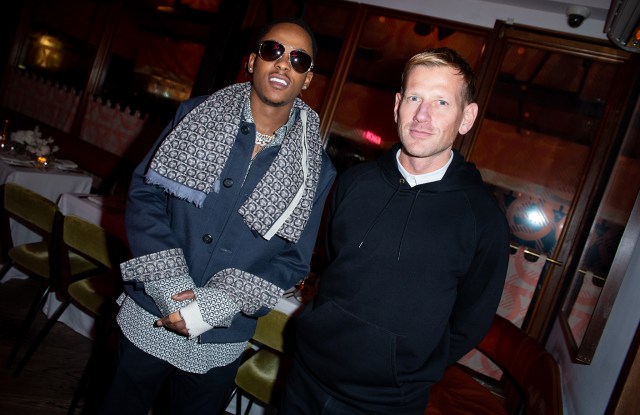 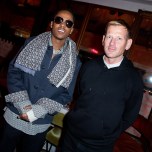 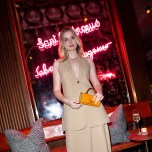 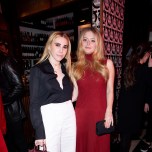 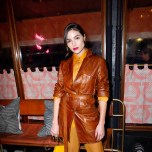 Inside Sant Ambroeus SoHo on Thursday night, the new Ferragamo Gancini monogram was hard to miss. Nearly every guest had come dressed in head-to-toe Ferragamo, and some had come particularly layered up in the print.

“See my outfit? I love the outfit. It’s just crazy, the print all over, it’s splashy,” said Rich the Kid, detailing his monogram on monogram on monogram look. “I got it all over the shoes, all over the jacket — everything is just down to the T perfect.” The rapper, who also donned a distinct herbaceous scent, had started his fashion week the night before at Tom Ford and planned to attend Jeremy Scott the following night. But when asked about his forthcoming album…

“We’re going to move on from that,” said his publicist, dragging him away before he could share too much.

Soon after, while munching on a meat-wrapped breadstick, he was introduced to Ferragamo creative director Paul Andrew. “You’ve got the whole look going on — more than me,” the designer told the rapper, approvingly.

“It’s kind of astonishing that I’m here in New York right now,” Andrew said a few minutes later. “I’m leaving to Italy this weekend to start preparations for the pre-spring collection, and then to Milan for the show. It’s an exciting moment.” He’s taking his third runway collection inside a church in Milan. “It feels more modern, but there’s great heritage in the space also,” he added. “Three is my lucky number, so let’s hope that three comes through for me.”

The designer developed the monogram canvas for the brand when he discovered that there wasn’t one already in the Ferragamo archive. He aimed to create something that clearly displayed the logo, but also acts as a sort of camouflage.

“You” star Elizabeth Lail was at the dinner for what was the start of her first fashion week ever. “I was kindly invited and I would never pass up the chance to become more acquainted with the legacy of this brand,” she said, adding that she was taking a chill approach to attending shows. While coy about upcoming projects, she noted that she is currently working on an upcoming TV show and film.

“I was really looking forward to meeting Paul; I love what he’s done with the brand,” said Debby Ryan, also a fan of the designer’s own shoe brand. The actress is participating in a directing mentorship through Ryan Murphy’s Half initiative, which aims to create opportunities behind the camera for women and minorities.

“I’ve directed a little bit before, but only multi camera,” Ryan said. “I’m on ‘9-1-1’ on Fox right now; I’m shadowing Brad Buecker. It’s just been incredibly educational and really flooring. Directing really marries all of my cylinders and allows me to fire on them,” she added. “Churn me out, maybe I’ll direct an action film or something.”