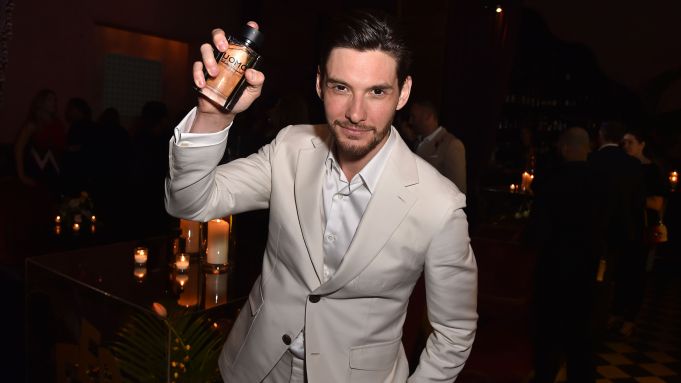 “My boyfriend wears it a lot,” McGregor said of the fragrance. Gaïa Jacquet-Matisse, on the other hand, saves it for herself. “I also love wearing men’s cologne, and this…I love it,” she said. “I’m actually creating my own scent now. It’s named Aïa; it’s a line of feathered bags and jewelry, and I’m gonna create a scent that goes along with it. It’s in the works.”

Barnes, the face of the fragrance, was pleased with the featured scent. “I’d never really done a campaign for anything before. My agency was, like, ‘What do you want to do?’ [I replied] ‘Anything that wouldn’t ruin [my] chances of being James Bond eventually.’

“I wanted to keep on-brand with who I am,” Barnes continued. “They came to me, and they were, like, ‘Look, all these cologne ads are shirtless guys on a rock in black-and-white, scowling at the camera like they’re gonna kill you. We want you to just smile and really enjoy it, and improv it. Be goofy — we’ve seen you be so goofy in interviews and we want some of that.’”

The actor paused, before adding, “I think I’d suffocate if I was having to do this and pose and talk about something that I thought was a rancid product.”