The Italian carmaker commissioned a film from Marco Brambilla for the annual art fair. 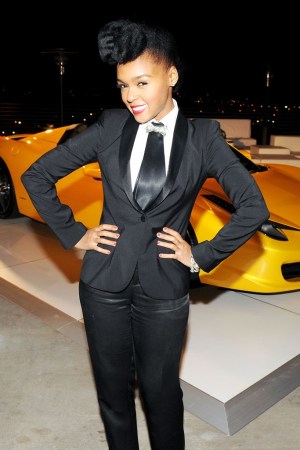 On Tuesday night, Art Basel Miami kicked off not with a bang, but with the purr of a motor. Ferrari, Peter Brant and Sotheby’s Tobias Meyer feted Ferrari chairman Luca di Montezemolo at 1111 Lincoln Road, the Herzog and de Meuron-designed open-air event space that, fittingly enough, doubles as a parking garage.

“It’s always interesting to think about how women’s makeup is related to the cars,” Ramdane Touhami, in town for one night only (“12 hours,” he laughed), mused, gesturing at a new Ferrari 458 Spider in the Italian carmaker’s trademark crimson. “Think about the matte red of women’s nails, and lips, and then look at that.”

Upon entry, tomato-hued pashminas were offered to guests, who included Damien Hirst, Jose Parla and Stephanie Seymour to combat the stiff breeze that periodically ripped through the building. Ron Arad wore his under a large-brimmed felt hat so that the wrap draped down the sides of his body like a kaffiyeh. Val Kilmer looped his around his neck, though he too wore a hat with a broad brim. A nod to the Miami sun? “Not really,” Kilmer smiled.

“Oh, now that is cool,” the actor said, switching subjects, and indicating “RPM,” the Marco Brambilla film installation playing on a continuous loop.

“Have you seen it with the glasses?” Marina Abramovic asked, handing over her pair of 3-D specs. “It makes all the difference.”

Brambilla held court near his creation and took a moment to discuss the hypnotic visuals playing overhead.

“I was heavily influenced by this documentary I saw about Ayrton Senna — arguably one of the best Formula One drivers ever — who describes driving a F-1 car as being this sort of transcendental experience between man and machine,” he said. “He talks about a car crash that happened to him — when he was 40 seconds ahead and could have easily slowed down — as being driven by the hand of God, and you know, a lot of my work is about these moments of transition, extreme transition, enabled by technology. In this piece I just wanted to capture the kind of meditative state and level of focus that a F-1 driver requires — he enters a sort of elevated mental state. Focus, connection with the machine, everything. The visuals are abstract, as you see, and could almost be interpreted as a dream or a nightmare….It’s more of a psychological journey.”

And with that, Art Basel Miami was off to the races.