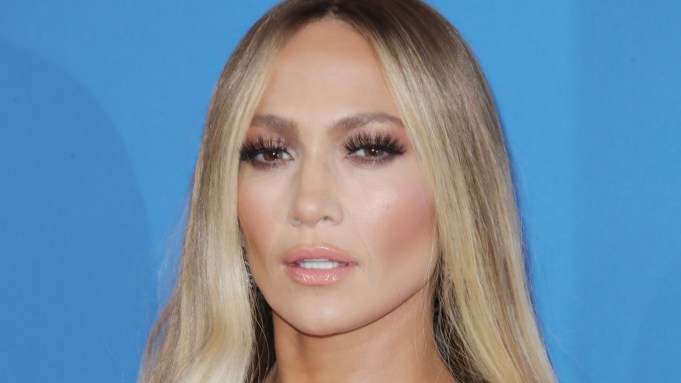 Surrounding the awards show, held at Radio City Music Hall in New York on Monday night: a Twitter beef. Nicki Minaj took shots at Kylie Jenner and Travis Scott on the social media site, seemingly unprovoked, the day prior. Minaj accused Scott of stealing the number-one spot for her album “Queen” by instructing Jenner to post about his “Astroworld” tour on her Instagram, thus bringing it to the attention of her 113 million followers. Minaj fired away, putting her thumbs to work, and Jenner and Scott subsequently reportedly asked MTV to move their seats at the awards show away from Minaj. Yikes.

This acrimony played out in real time on the VMAs red — actually, it was pink — carpet last night before the show. Swarms of cameras, flashing lights and people crushed the top of the carpet when the announcer said over the loudspeaker, “Get ready for Nicki Minaj!” as though this was some kind of boxing match. And maybe it was — because Minaj stood in a corner for a total of five seconds before ducking behind a wall to enter the venue. Now, why’d that happen? The answer came soon enough. The announcer said “Heeeere’s Kylie Jenner!” and in a white suit jacket, her blonde wig tucked into a chignon at the nape of her neck, Jenner strode through from the opposite side of the carpet. She took her time to pose for cameras. Travis Scott was nowhere to be found.

Ariana Grande and Pete Davidson made their first official public appearance as an engaged couple; although some speculated that they’d actually gotten married already, due to a bracelet Grande wore that bore the initials “AGD.” In her acceptance speech for the Best Pop award, the “Sweetener” singer thanked Davidson simply “for existing.”

Cardi B came through to a chorus of screams from adoring fans who’d lined up on Sixth Avenue to catch glimpses of the stars. With Offset and Quavo of Migos, she worked more than 200 carats of Lorraine Schwartz emerald jewelry — and also managed to take what was seen as a jab at Minaj, with whom she also has supposed issues. “All the love that my fans, that my friends, that everybody shows me,” Cardi said after snagging the Best New Artist award, “it’s genuine, it’s beautiful, and that’s something that God gives me that money can’t buy, b—h.”

Jennifer Lopez, who received the Video Vanguard Award, showed up to the pink carpet smiling with her man, Alex Rodriguez. He admired her the entire time, taking pictures and videos of her performance. Amandla Stenberg paced down the carpet holding hands with Brooklyn-based singer King Princess. Rita Ora, looking anxious, did some on-camera interviews. Nicky Hilton, 21 Savage and Tyga all breezed past reporters.

Lil Xan had his eyes at half-mast but walked with slow purpose. His girlfriend, Noah Cyrus, trailed behind. She tried to get his attention for a picture by saying, “Babe?” But he didn’t seem to hear her and kept walking.

Christian Combs, who was a fixture at Men’s Fashion Week in Paris this summer, said he’ll be attending many New York Fashion Week shows in September, but he still hasn’t sussed out his official schedule just yet. Combs was the spitting image of his father Sean “Diddy” Combs on Monday night — he wore a white vintage Sean John sweatsuit, a “Bad Boy” chain and had deep waves in his hair.

“Orange Is the New Black” star Dascha Polanco was upbeat and on her game, laughing and throwing her head back for the cameras. She said she’s working on season seven of the Emmy Award-winning show, and also revealed that she’s hard at work on some new music.

“I think it’s important for us to push beyond our limits,” she said. Maybe she’ll be performing herself at the VMAs soon.

Kodie Shane Has Upgraded to Diamonds