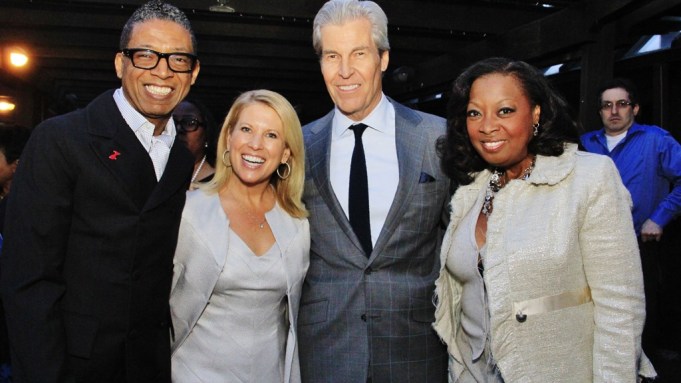 B Michael, the creative director and founder of b michael America, sees skating as a metaphor for life. Everybody falls down at some point, said the designer. “The most important thing is to get back up.”

Figure Skating in Harlem teaches young, underserved inner-city girls to skate while furthering their education and building up their confidence. “It is an honor to help these wonderful young ladies and empower them to reach for and achieve their dreams,” said B Michael. “They are the real stars, and it is important that we all continue to help them shine.”

“I am so proud of these wonderful young ladies and grateful to Sharon Cohen for inspiring them to reach for and achieve their dreams,” said Joyce.

The event raised more than $600,000 for Figure Skating in Harlem, including $100,000 from The Pioneer Fund to support the expansion of the organization’s academic and fitness programs. The organization was founded in 1997 by Sharon Cohen.