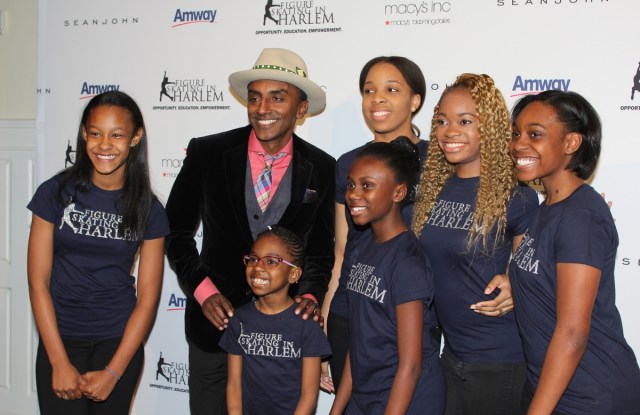 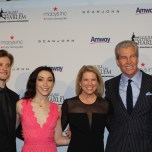 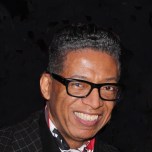 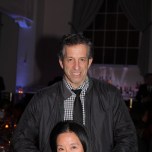 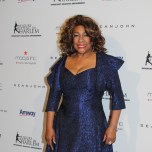 Figure Skating in Harlem took a Motown spin Monday night with Mary Wilson of the Supremes and Olympic gold medalist Meryl Davis among the guests at the nonprofit organization’s annual fund-raiser at 583 Park Avenue.

They’re both natives of Detroit, and are pleased that the Figure Skating in Harlem after-school and summer educational program for girls ages six to 18 is expanding to their city.

“I love children. I have eight grandchildren, four children and I adopted a son,” said Wilson, who has been supporting Figure Skating in Harlem since the Nineties after being won over by the organization’s founder and executive director, Sharon Cohen. “I wish I could ice skate, but I can roller skate. I’m 72 and I haven’t grown up yet,” said Wilson, who resides in Las Vegas now.

“Detroit has a great skating culture,” said Cohen, who said her program there should be up and running in about 12 months.

“After we narrowed it down to a few cities, we determined that Detroit needs this. The city is really trying to build itself back up,” said Tina Lundgren, vice chairman of the Figure Skating in Harlem board, a World Figure Skating judge and former competitive skater. “I’m judging more than skating these days.”

“These kids come into the program shy, with no skills, but they’re not only learning to skate. They’re learning how to present themselves. They’re gaining self-confidence and their academic stature rises dramatically,” said Candace Matthews, a board member,and chief marketing officer of Amway.

Monday’s night benefit raised about $900,000 and drew a crowd of 300. According to officials from the organization, 100 percent of the girls who go through the program graduate high school and attend college.

“The results have been obvious,” observed Macy’s Inc. chairman and chief executive officer Terry J. Lundgren, Tina’s husband. “Skating is the hook that draws these young girls into the program which actually primarily revolves around education, nutrition and personal development. It’s like a guiding compass, which these kids might not otherwise have.” About 20 percent of the program is devoted to skating, while 80 percent involves academics.