The brand commissioned a photo essay and video highlighting the work of the federal organization. 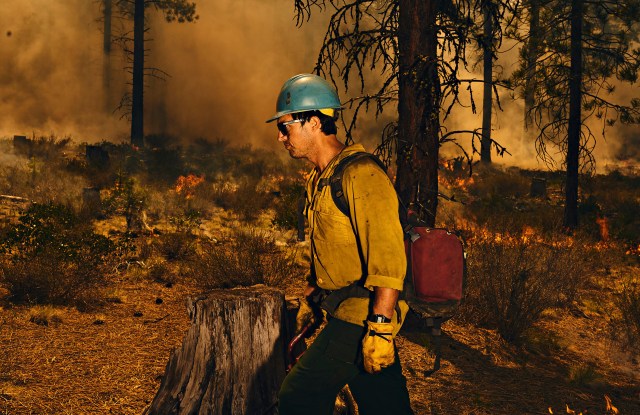 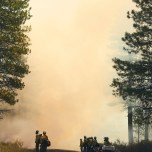 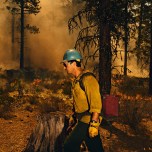 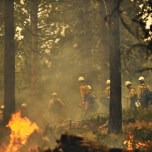 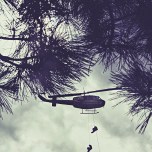 BROOKLYN, New York — It takes a lot of effort to find a working farm in New York City but Filson managed to unearth one in a remote location on the rooftop of a building in the Brooklyn Navy Yard. Getting to and from the farm also required a herculean effort, but the remoteness of the spot was apropos for the company’s latest project, a partnership with the United States Forest Service and National Forest Foundation.

The Seattle-based brand created a capsule apparel and accessories collection that will launch online and in stores today and also commissioned photographer Cole Barash to document the work the USFS does in support of public lands.

Barash embedded with a group of smokejumpers — the firefighters who parachute into remote areas to battle wildfires — and documented their work in a striking collection of photographs that were exhibited on the rain- and windswept rooftop during the event. His photos were also used in a book that included archival images of Forest Service workers.

Barash, who said the majority of his work up until now has been in the fine art field, said Filson gave him the freedom to do the project without providing a lot of parameters.

“It’s really rare to have that creative freedom,” he said. “They allowed me to go in the field and react from my gut and it didn’t have to be product-focused.”

He said that in the midst of the fires, “the light was so beautiful — it changed every 10 minutes” — affording him the chance to get some breathtaking shots. “It’s such an amazing world to be granted access to,” Barash said. “It was like stepping into Armageddon.”

The smokejumpers required him to wear six-inch platform boots which he initially thought was “excessive,” until he was photographing some coals “and my feet started to heat up.”

Although the experience was intense, Barash was only able to accompany the team on prescribed burns, fires that are set deliberately to stimulate the forest’s regrowth. As a result, he said he never felt like he was in danger. “They run a well-oiled machine,” he said. And the experience is one that left him wanting more. “I would love to make the work deeper,” Barash said.

Filson also commissioned a video of the smokejumpers and producer Brandon Kuzma also said the incredible light helped elevate his work: “It was insane, the sky was red from the sun and the smoke.”

Alex Carleton, Filson’s creative director and the catalyst for the project, cited the brand’s history with the USFS — it provided uniforms for the organization after its founding in 1905 and is still an approved brand for the workers. “Many people see it as a banal federal organization but it has such an interesting history and we wanted to stoke that concept.”

The photo essay, video and capsule collection “pay homage to the men and women of the forestry industry and help humanize a federal organization without a face,” Carleton explained.

Additionally, NFF and a group of volunteers from Filson are completing restoration of the Heybrook Lookout Tower in Index, Wash. Heybrook is one of only two fire lookout towers in the state available for the public to reserve and it was deemed unsafe for overnight stays in 2015. It is expected to reopen to the public later this summer.

The capsule collection, which includes an oilskin jacket, a hoodie, bandanas, hats and a watch, goes on sale Friday.