The kind of party that many brands would kill for: achingly cool, outrageously oversubscribed and lots of fun. 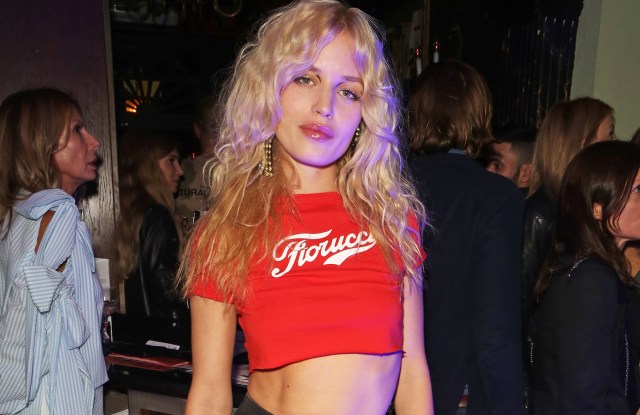 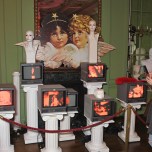 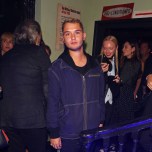 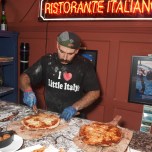 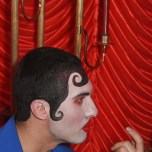 ITALIAN JOB: Fiorucci, the reincarnated Italian brand that opened the doors to its London store this weekend, managed to throw the kind of fun, jam-packed party that many brands would admire. Having Theo Adams as the event’s creative director certainly helped.

Adams, a performance artist and director of the contemporary theatrical performance group Theo Adams Company, was tasked with creating a multisensory performance party inspired by the “Giallo” Italian film genre of Fiorucci’s heyday of the Seventies and Eighties. For this, he emptied L’Escargot, London’s oldest French restaurant, and turned it into a madcap  world of disco and hedonism, complete with framed soccer jerseys and pizza-by-the-slice, and using music, performance, dance, set design, video, lighting and fashion to bring his vision to life.

“It’s 1982, we’re in Little Italy, New York City,” explained Adams, dressed in a black wig and huge gold hoop earrings. “This is a building where all these fabulous eccentrics live. They inhabit the space and for one night we’ve opened up the doors to guests.”

In one room, a bedroom, the door was shut every hour, trapping whoever was inside into a mad performance involving feathers, explosions and loud music; at the Fiorucci Risorante, waiters emerged every 20 minutes to sing “Happy Birthday” to someone random; on the top floor, Ruth Brown, a soul singer with an incredible voice, gave two intimate performances; drag queens dressed in Fiorucci 2.0 throughout, and London fashion favorite DJs James Hillard and Jim Stanton of Horse Meat Disco kept guests shaking on the dance floor.

That’s where Georgia May Jagger, who appears in the new Fiorucci campaign, was. “I love it,” she said. “So fun. Everyone throws fashion parties that are really brightly lit — everyone just stands around but I just want to dance.”

The new store is set over three floors on Brewer Street in London’s Soho, covers 5,000 square feet and was designed by Brinkworth, whose previous clients include Supreme. There are areas dedicated to denim, ready-to-wear and accessories, a customization station and café, called Fioruccino’s being run by Hackney’s hip Palm Vaults café, and a martini bar, which should appeal to those Millennials old enough to remember Fiorucci 1.0.

“We didn’t know if people would care; if anyone would come,” admitted Janie Schaffer, who acquired the brand in 2015 with co-chief executive officer and former husband Stephen Schaffer. “The turnout has been amazing and last week we had Kendall Jenner and Gigi Hadid wearing our bomber jacket, and that’s the bit that has surprised me. I didn’t know if that would happen. I mean, how do they know about us? From their parents? I don’t know.”