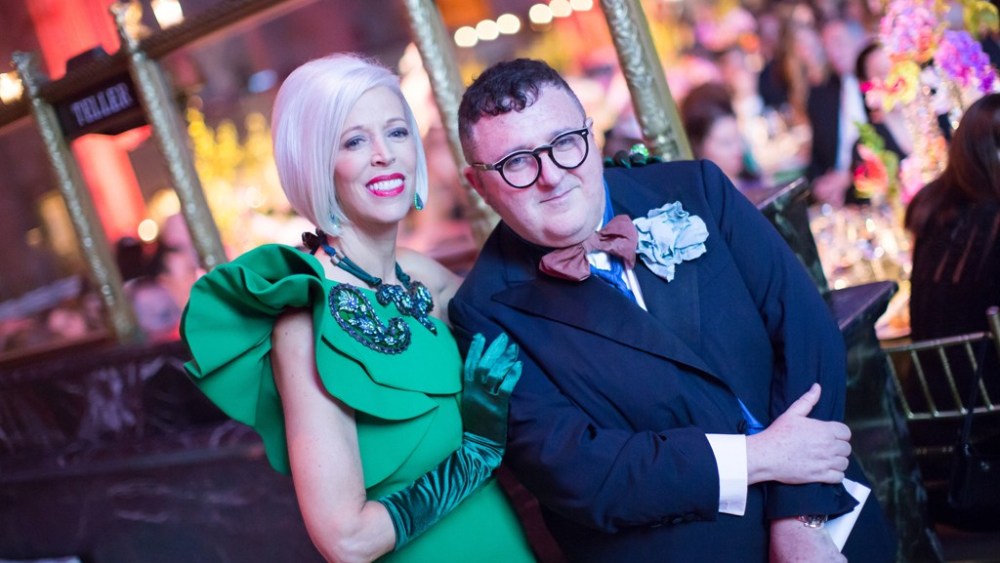 Alber Elbaz’s witty industry commentary is almost unmatched and he proved it Monday night in Manhattan at the Fashion Institute of Technology Foundation gala in introducing his friend and honoree Linda Fargo, Bergdorf Goodman’s senior vice president of the fashion office and store presentation.

“It’s an industry of needs,” Elbaz said, describing how in his efforts to cater to retailers and their design whims, he gets mixed messages in return. “Make a shoe priced for about $450 but keep it under $750,” With a coat, “make it lightweight but warm.” And with color, a retailer might request, “Do black — we love black — but we need to buy colors.”

“In fashion, we always feel like we are doing the marathon. We are running, running and running, and we are burning no calories.”

But he also has been doing a lot of walking, an hour a day, and losing weight in the process, Elbaz added before addressing one of fashion’s burning questions: What color is Fargo’s hair? Not silver, not gray, not blonde. “The color of her hair is pearl,” said Elbaz. “And Linda is a rare pearl who pushes all of us to dream, to design, to dare, to think, to create. She’s never blasé. How rare is that?”

Then Fargo appeared onstage, completely coiffed for the 600-plus guests at Cipriani 42nd Street, wearing a striking emerald green, one-shoulder column gown designed by Elbaz, and surrounded by those who “threw open the doors” to her career, including Jim Gold, Dawn Mello and Richard Lambertson. She said her dream to make it in fashion retailing started when she decided to leave her home in suburban Milwaukee, stuffed her belongings in Hefty bags to fit in her friend’s already packed car, and together they drove to New York, where she joined Macy’s before becoming part of Bergdorf’s team.

FIT’s black-tie night drew guests including Carolina Herrera, Prabal Gurung, Marigay McKee and her friend Bill Ford, Diane von Furstenberg, Dennis Basso, Yaz Hernandez, Barbara Regna, Jean Shafiroff and Emanuel Chirico, and raised $1.4 million for its foundation. Another of the evening’s honorees, Jay Baker, surprised the crowd by giving a $1 million endowed scholarship for FIT from him and his wife Patty. The third honoree, Joan Hornig, was equally surprised onstage by her husband George, who donated $100,000 for scholarship for a second- or third-year jewelry design student with a demonstrated commitment to giving back.