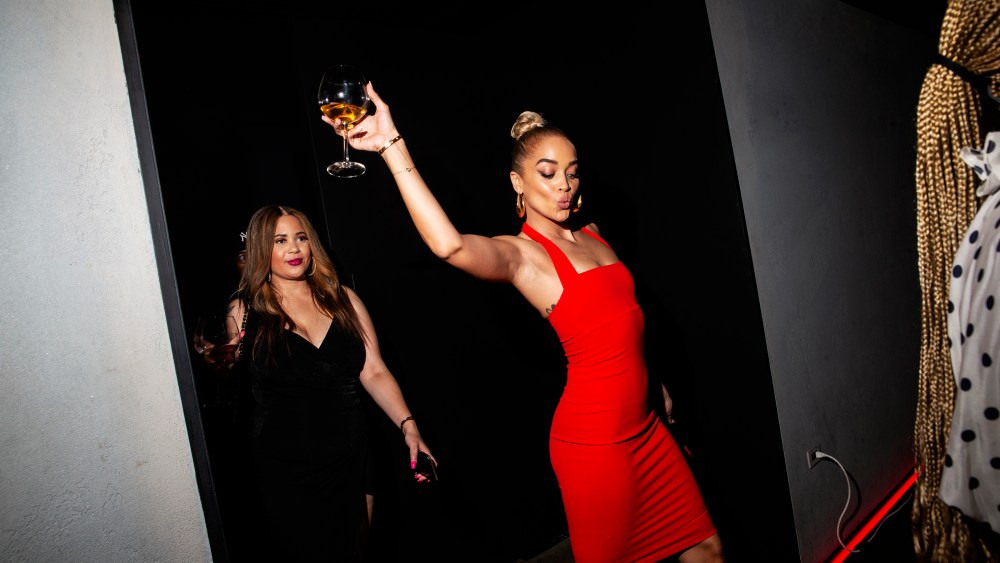 The party kicked off at 9 p.m. on Friday and went until the early-morning hours at Sunset, the basement club of The West Hollywood Edition. The brand was toasting its 10-year anniversary.

“It’s an incredible feeling because so much work went into this dream,” Zuccarini said of the milestone. “I feel now we’re in this really beautiful place with the brand. You know, when I started, I was really just thinking about women and now we’ve expanded a lot.”

Originally from Toronto, Canada, Zuccarini launched the brand (named after the collection of poems by Charles Baudelaire) in New York in 2012. She began with lingerie before unveiling ready-to-wear — slipdresses, bodysuits, lace bustier tops, tuxedo trousers — swim, sleepwear and accessories. She now offers lingerie for men, thongs included, and recently introduced items like nursing and mastectomy bras and tucking underwear for transgender women.

It was a holiday and spring presentation, modeled by diverse bodies and shapes (done up by Too Faced). Dancers in lingerie, from Brooklyn’s The House of Yes, put on a show in the middle of the dance floor as guests huddled around with their iPhone cameras in hand. The night brought out Jasmine Sanders, Jesse Williams, Margie Plus, Hailey Clauson, Danielle Lauder and father William Lauder, executive chairman of The Estée Lauder Cos. Inc.

Zuccarini said Los Angeles Fashion Week was never on her radar, but Ciarra Pardo, a close friend — the cofounder of N4XT Experiences and president of L.A. Fashion Week — convinced her to join the lineup.

“Coming into the end of the year and the beginning of next year, with everything going on right now in the economy and in the world, we want to just have a little bit of a relief,” Zuccarini said of celebrations. “We went a little more over-the-top.”

She’s working on collaborations, she revealed, including one in the digital space.

“We need sexy things in the metaverse, too,” she joked.

“I feel really good about how we’re growing and thinking about our customer in a different way, our community,” she continued. She has shops in New York and L.A., counting the likes of Rihanna, Anya Taylor-Joy, Sienna Miller, Richie Shazam, Gigi Hadid and Angelina Jolie as fans.

“We want people to embrace their sexuality and feel beautiful.”