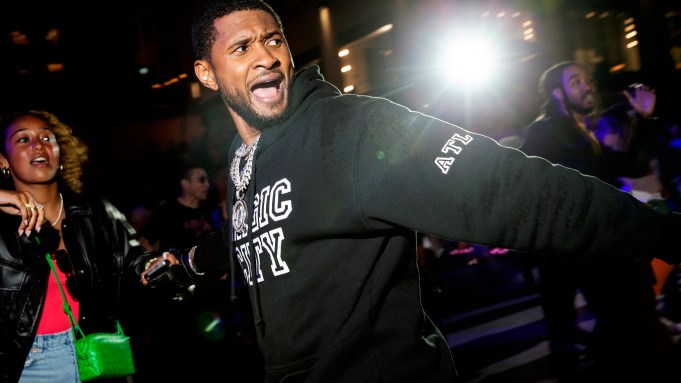 “Flipper’s Roller Boogie Palace coming to New York City is a full circle moment,‘’ says Ross. “My father opened the original Flipper’s in LA with a true spirit of freedom and inclusion, and I’m so honored to bring that same ethos to New York, a city that’s all about community.”

To kick off the skating fun, Usher — who is a partner in the project — performed his song “U Don’t Have to Call” for the crowd before showing off his skating skills on the rink. Afterward, everyone made their way to L’Avenue at Saks for an after party (in do-gooding news, during the 2022 season at Flipper’s $1 of every skate rental is being donated to the Saks Fifth Avenue Foundation).

WWD Report Card: The Elizabeth Holmes Look of ‘The Dropout’

Kehinde Wiley Heads to Venice, With Art for Sale

Coachella Returns: A Breakdown of the Fashion Parties