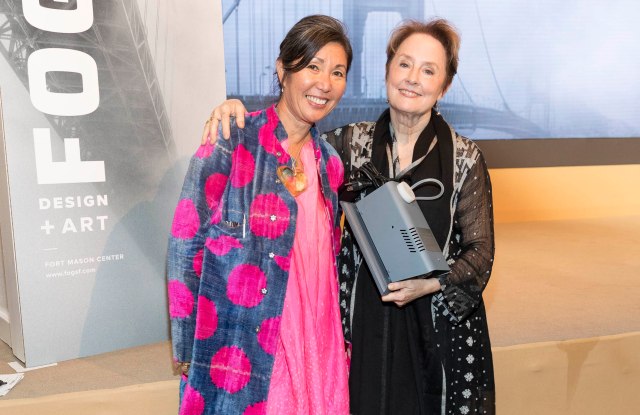 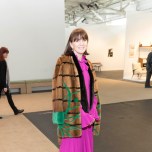 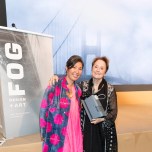 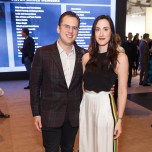 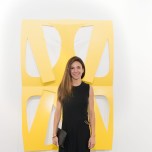 Almost 3,000 art lovers crowded into the Festival Pavilion at Fort Mason in San Francisco Wednesday night for the preview gala of the fifth annual FOG Design + Art fair, which features 45 pre-eminent dealers of 20th century and contemporary art and design and runs through Sunday.

“I’ve never heard so much buzz for any art show in San Francisco,” said Abigail Turin. ”The show was sold out weeks ago, and everyone desperately wanted tickets. There’s a great passion for art and decorative arts in the city now.”

The show standout was an ultra-glamorous edition of “Bureau Croc,” a bronze desk topped with a cast bronze crocodile skin by Claude Lalanne, at Paul Kasmin Gallery. With a $2 million asking price, it was snapped up by a private collector. The original “Bureau Croc” desk was made for Tom Ford.

Ultimately, it was a vivid evening with deals being made and collectors carrying off pottery, paintings, and sculptures as instant trophies.

On Thursday, Fendi sponsored a lunch at FOG to honor chef Alice Waters as a leading innovator.

“My biggest innovation was to bring human values to Chez Panisse, with my emphasis on seasonal food, beauty, food education, and flavor,” said Waters, who came with her daughter, Fanny Singer, and designer Christina Kim. The preview party and the lunch both benefited SFMoMA.