The issue’s cover is an Italian greyhound wearing a canine bondage suit (complete with zippered headpiece), against a white backdrop. 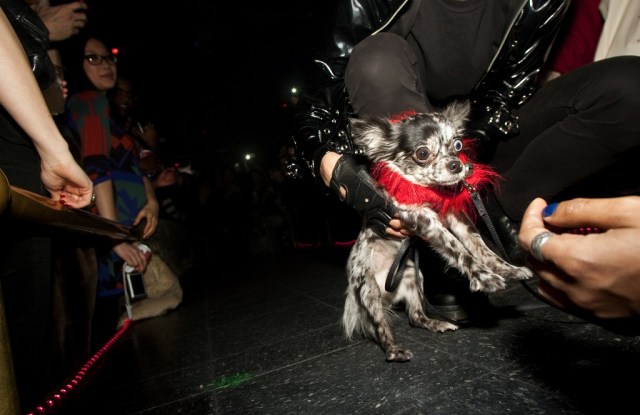 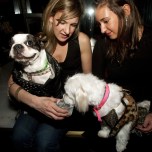 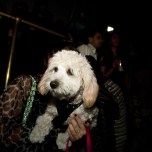 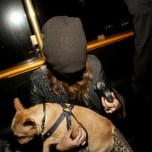 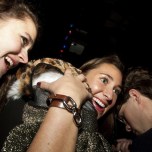 FOR THE DOGS: Vice magazine celebrated its recently released fashion issue on Wednesday night at The Westway in New York City with a hipster-saturated rager and a “doggy fashion show.”

“Why on earth wouldn’t we have a dog fashion show? It’s pretty much the best idea in the world,” said Rocco Castro, the magazine’s editor in chief. Annette Lamothe-Ramos, Vice’s fashion editor, explained: “People take [fashion week] way too seriously, so we thought it’d be a good idea to start the week off right with a funny and uplifting event everyone could enjoy. No one hates sexy puppies, so it seemed like a solid choice.”

The issue’s cover is an Italian greyhound wearing a canine bondage suit (complete with zippered headpiece), against a white backdrop. Inside the glossy is a fashion editorial with a short-haired schnauzer, a cockapoo and a French bulldog dressed as members of a particularly seedy section of nightlife: They are posed in an S&M dungeon, outside a strip club advertising “pure breeds,” in a derelict hallway implying a narcotics sale, and one hapless chihuahua peeks out of a dumpster.

Alex Detrick, a spokesman for the magazine, explained the fashion issue’s recent pet preoccupation as a continuation of the success of “Fashion Cats,” a well-selling photo book recently published by the company.

“Who wants to see some puppies?!” an emcee crowed. Seeing the “puppies” was easier said than done: The amount of onlookers crowded together around the little stage and the height of the canine models meant that visibility was only guaranteed to those pushed toward the very front of the group. The models themselves seemed relatively unimpressed by the proceedings, doing a brief leash-led tour and skittering offstage. “I’m impressed by their composure,” Lamothe-Ramos said. “Most humans can’t keep it together under that kind of pressure.”